Officials say warmer temperatures soften and melt the snow, which in turn causes the avalanches.
KABC 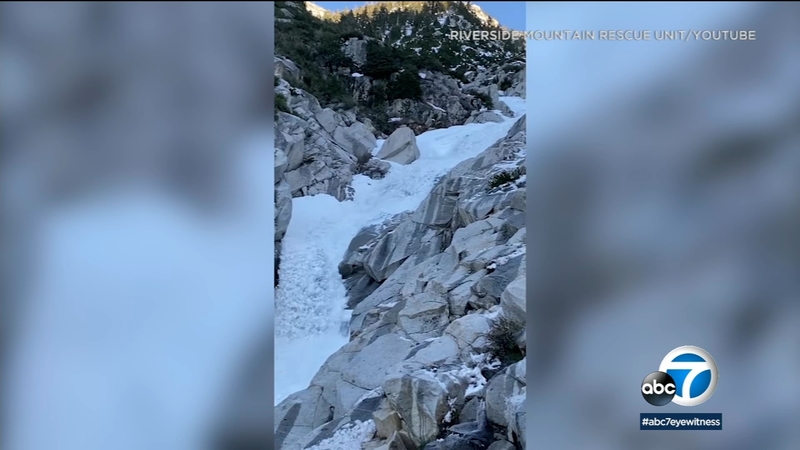 The video of last Friday's rescue was posted to Youtube to show how dangerous a situation like that can be, according to the Riverside Mountain Rescue Unit.

The crew was in the process of rescuing two hikers who got caught in an avalanche when a second avalanche was triggered nearby.

The hikers were rescued by helicopter after getting stuck on the mountain, unable to move after losing their equipment in the avalanche.