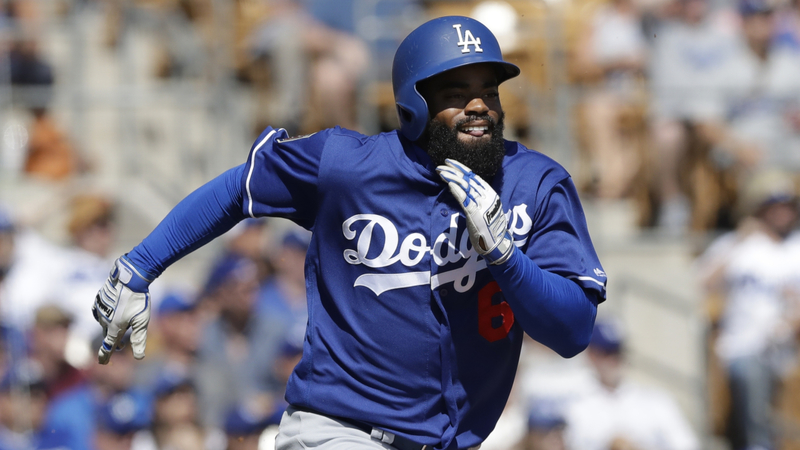 FLORIDA (KABC) -- Los Angeles Dodgers outfielder Andrew Toles was arrested this week after police said they found him sleeping behind an airport in Florida.

The 28-year-old was arrested on Monday and was charged with misdemeanor trespassing after he refused to leave the area behind Key West airport, according to the Monroe County Sheriff's Office.

In the arrest report, Toles' address was listed as "the streets of Key West."

Toles played for the Dodgers in 2018 and spent last year on the restricted list after failing to report to spring training, citing personal issues, according to a report from the Miami Herald.

The Herald also reported that Toles remained in custody on a $500 bond Friday and was due in court next month.

Toles became a postseason star for the Dodgers in 2016 but tore a knee ligament in May 2017 and spent most of 2018 at Triple-A Oklahoma City, ESPN reports.