'The Outpost' is new movie based on true story of U.S. soldiers in Afghanistan battling the Taliban

Rod Lurie directs Orlando Bloom and Scott Eastwood in the new movie 'The Outpost' based on a true story of U.S. soldiers in Afghanistan battling the Taliban.
OTRC
By George Pennacchio 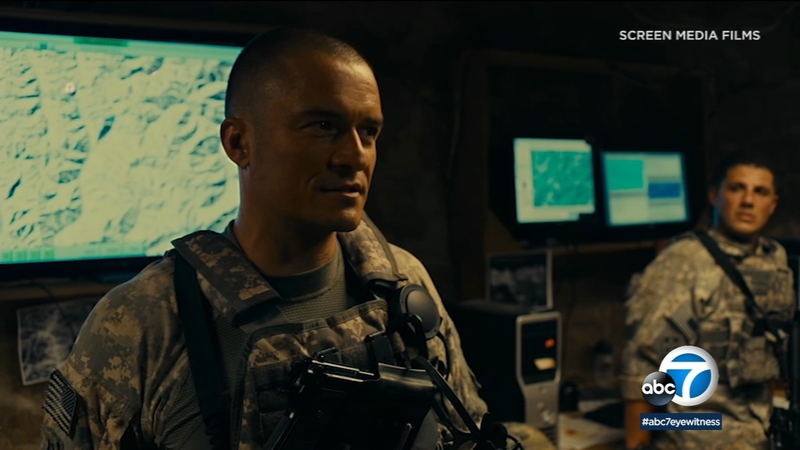 'The Outpost' celebrates heroics of soldiers fighting in combat in Afghanistan

Before he became a movie director, Rod Lurie was an entertainment reporter, a film critic and a radio host. And if you go even further back, you'll find he graduated from the United States Military Academy at West Point... and he served four years in the Army. Lurie's latest movie takes him back to the Army world.

"The Outpost" is based on a true story, and began as a best-selling book by journalist Jake Tapper. It's a combat film based on the true story of a small team of U.S. soldiers stationed in Afghanistan; dozens of men who must battle hundreds of Taliban fighters.

"If we can't agree on anything else, it's that the American soldier is, you know, one of the greatest things about our country," said Lurie.

This movie was shot at a remote rock quarry in Bulgaria.

"I mean, it was really out in the middle of nowhere and the actors and crew, we had nothing to do but this movie!" said Lurie. "A lot of people in this film, it's their first movie ever. And I hired people that were soldiers; that were marines; that were SEALS."

Lurie considers the author, Tapper, as a man to be admired.

"You know, he got an advance on the film and that money went to military charities," said Lurie. "I mean, the guy is really devoted."

Lurie was devoted to making this movie, even in the darkest of times. As he was preparing for the production, his 27 year old son, Hunter, died of a blood clot. He dedicated "The Outpost" to Hunter.

"He became the heart of this movie, you know? He drove this film," said Lurie. "To be honest with you, I don't know what this film would have been without him driving it with his soul and I don't know if I would even be here if I didn't have this film to make to carry me through. I needed a purpose."