The bus driver suffered lacerations to her face, swelling to her head and a bite mark to her arm.
KABC 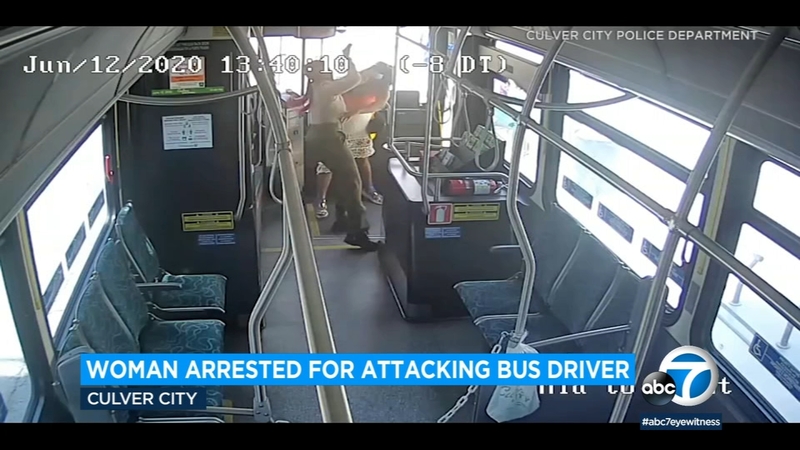 Culver City police said surveillance video from inside the bus shows Shianne Lovings, 26, attacking the bus driver on the afternoon of June 12.

Lovings allegedly became upset over an extended layover and demanded the driver continue driving the bus. When she wouldn't, the woman is seen hitting the driver several times in the head.

Police said Lovings also bit the driver on the arm and ripped off the windshield wipers when she left.

The driver also received lacerations to her face and swelling to her head.

Police received "numerous" tips after they shared surveillance video and images of the suspect to social media.

Lovings was arrested in Rosemead by detectives on suspicion of battery on a bus operator inflicting injury, police said.