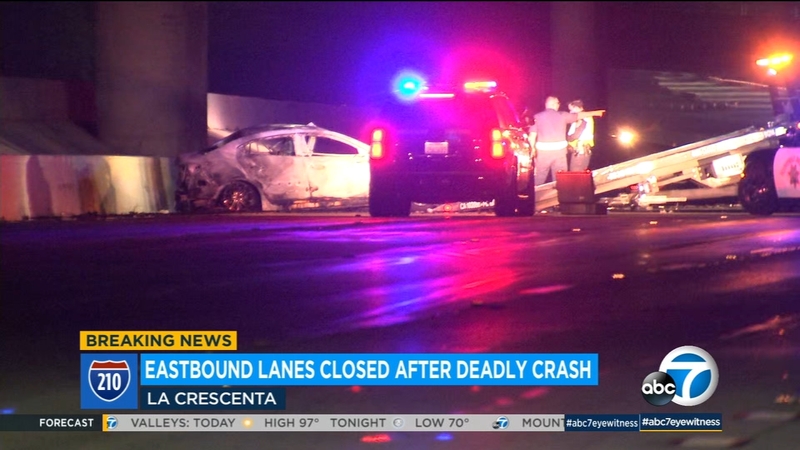 LA CRESCENTA, Calif. (KABC) -- Two people were killed and another was injured in a wrong-way crash in La Crescenta Monday morning, prompting the closure of all eastbound lanes of the 210 Freeway.

The crash was reported around 2:45 a.m. at Ocean View Boulevard, according to the California Highway Patrol. At least one of the cars involved in the crash caught fire.

CHP Sgt. Manuel Rodriguez said a white Mazda sedan was the reported wrong-way driver. The passenger of that vehicle suffered moderate injuries while the driver was pronounced dead at the scene.

The driver of the other vehicle, described as a young male, also died at the scene, officials said.