Authorities say they the weapon recovered at the scene was a pellet gun made to look like a semi-automatic rifle.
KABC 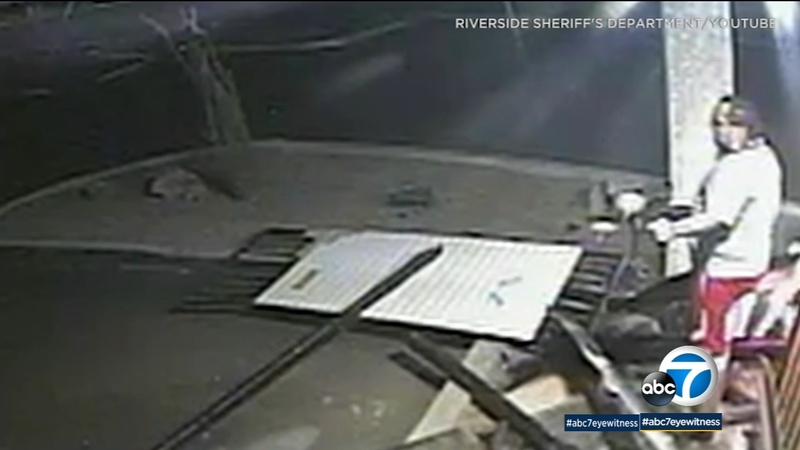 Surveillance cameras from the June 22 incident captures a man walking in front of Coachella Valley Guns & Tackle in the 4100 block of Boardwalk Avenue in Palm Desert at about 10:30 p.m.

Moments later he's seen ramming his car multiple times into the front doors of the closed gun store until he finally smashes his way inside. An alarm is triggered.

An interior store security camera captures the suspect carrying what appears to be a semi-automatic weapon in his hands.

Responding deputies, wearing body cameras, announced their presence and are heard ordering the man to drop the gun.

"Stop right there, put your hands up!" a deputy is heard yelling. Multiple shots are then heard in the bodycam video.

Authorities say the man does not drop the weapon, and a deadly deputy-involved shooting occurred.

"When the suspect emerged from the store he pointed what appeared to be a semi-automatic rifle at the deputies, and a deputy-involved shooting occurred," Bianco said.

Authorities say they recovered the suspect's weapon, a pellet gun made to look like a semi-automatic rifle.

"The weapon recovered at the scene was a highly realistic-looking pellet gun replica of a semi-automatic rifle," Bianco said.

The man killed has been identified as 33-year-old Aaron Granados of Palm Desert.

The deputies involved in the shooting were placed on administrative leave, per department protocols. Their names have not been released.