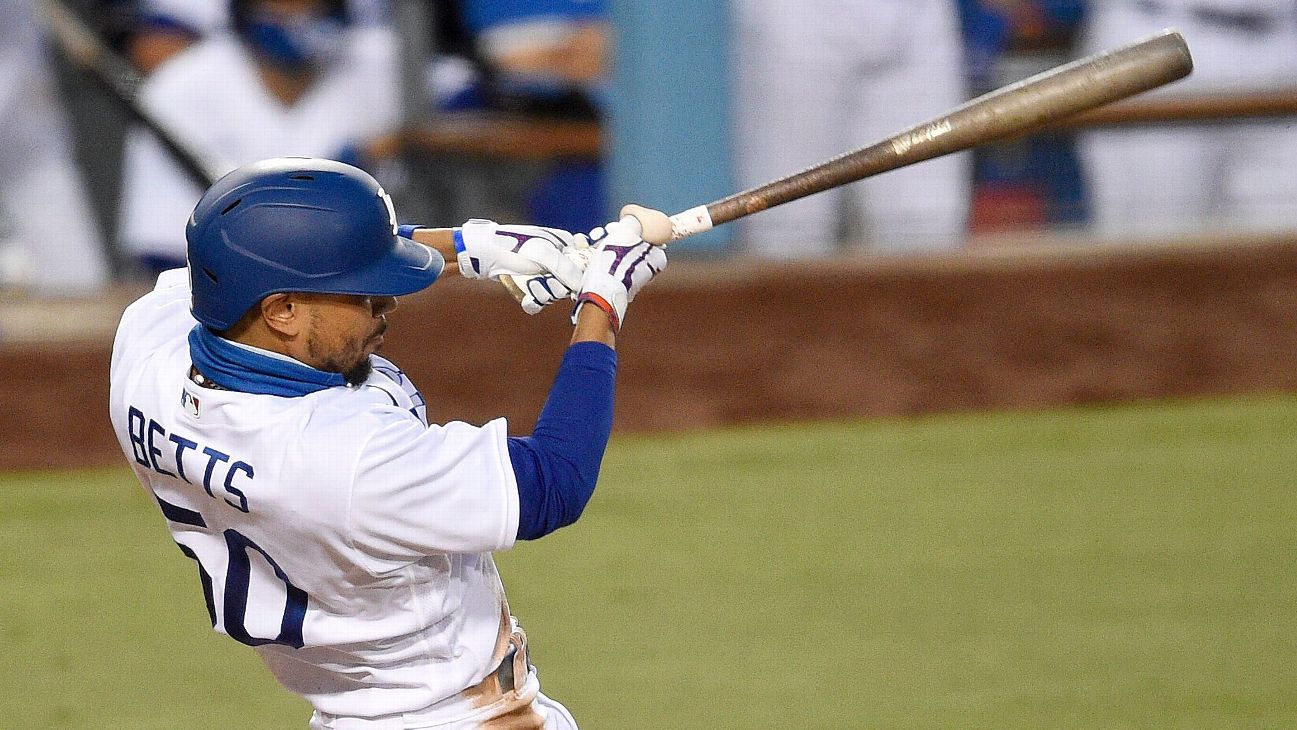 Dave Roberts, as might be expected, was a deep admirer of Mookie Betts from afar. The Los Angeles Dodgers' manager loved Betts' blend of speed, defense, arm strength, strike-zone recognition and bat-to-ball skills. He knew Betts possessed respectable power but didn't expect so much of it from a 5-foot-9, 180-pound frame. And it wasn't until the second version of training camp, when Betts expressed frustration about an inability to barrel pitches and then drove one into Dodger Stadium's left-field pavilion during a nighttime scrimmage, that Roberts began to grasp Betts' elite strength.

"I know he hits homers," Roberts said, "but it's more power than I expected."


On Thursday night, in only his 17th start in a Dodgers uniform, Betts put himself in the company of some of the game's most prodigious power hitters, notching his sixth career three-homer game in an 11-2 rout of the division-rival San Diego Padres at Dodger Stadium. The only other players with six three-homer games are Sammy Sosa and Johnny Mize. Sosa got there in his 2,354th career game. Mize did it in his 1,884th game. Betts accomplished the feat in his 813th.

The 27-year-old right fielder finished 4-for-4 with a hit by pitch, and now has seven home runs, six doubles and a .319/.380/.694 slash line through his first 79 plate appearances of 2020, seemingly immune to leaguewide offensive struggles and the pressure of a big contract.

"I put in so much work," Betts said. "I work a lot. To see some success is definitely a sigh of relief, but I know I have a lot more work to do. It's a long season. Obviously we want to win a World Series, and so I'm working just to do that."

Betts, who signed a 12-year, $365 million contract extension right before the start of this shortened season, began Thursday with an opposite-field two-run home run on a first-pitch, outside-corner fastball from Padres phenom Chris Paddack in the second inning. He added a solo shot to left-center on an 0-2, chest-high sinker from Luis Perdomo in the fourth and another two-run homer on a 3-1, down-the-middle splitter from Perdomo in the fifth.

Thursday marked the third time Betts has hit three home runs in the first five innings of a game, the most such occurrences in baseball history, according to research from ESPN Stats & Information.

"It's obviously a great feeling to know that you can go up there and just hit and not worry about the rest of it," Betts said. "These times don't happen very often, so you just enjoy it while it's here."


Thursday marked the first time Betts had hit leadoff in 11 days and only the second time he had started there against a right-hander this season. Roberts had mostly been batting Betts in the No. 2 spot in the order to better stagger his left-handed hitters and potentially jump-start an offense that was off to a subpar start. But Betts has always thrived hitting leadoff, the spot he occupied in the Boston Red Sox's batting order while making four All-Star teams, winning the American League Most Valuable Player Award and establishing himself as the best position player outside of Mike Trout.

"I've been doing it my whole life," Betts said. "I think I'm just comfortable there."

Betts and Roberts had a conversation about it a couple of days earlier, and Roberts decided that Thursday's game offered a good opportunity, partly because the left-handed-hitting Corey Seager returned to the lineup after dealing with a minor back injury. Keeping Betts at the leadoff spot for the foreseeable future is now "a very good possibility," Roberts said.

There's no arguing with the results.

"What a special night," Roberts said of what was ultimately a Betts-fueled six-homer game for the Dodgers, who improved to 13-7. "He just makes everybody around him better." 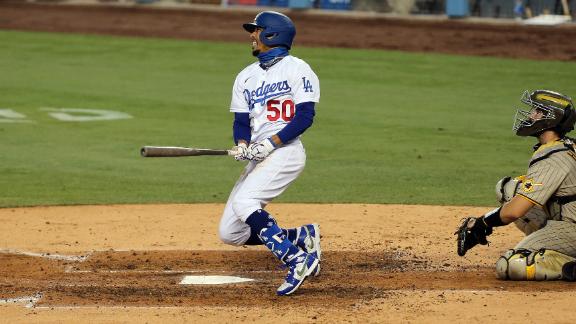