Stunning shots of lightning strikes were captured on video around the San Francisco Bay Area over the weekend.
KGO
By Drew Tuma and Lisa Argen
EMBED <>More Videos

SAN FRANCISCO -- Mother Nature put on quite a display! ABC7's sister station KGO captured some amazing shots of the lightning show around the San Francisco Bay Area over the weekend.

As you can see in the video player above, some of the clips were slowed down so you can see the bolts.

Hot conditions are expected to continue this week in Southern California, raising concern of potential power outages as the state electrical grid struggles to meet demand.

Many people around the region were woken up by the thunder and are staying up to watch the lightning.

This rare thunderstorm came as the Bay Area continues to experience intense, record-breaking heat -- similar to the scorching conditions in Southern California. Rolling power outages are impacting hundreds of thousands across the state.

This best-of video shows lightning streaking across the skies around the Bay Area.

According to CAL FIRE, there were many fires sparked by lightning strikes. And the storm caused power outages as well.

At one point early Sunday morning, more than 200 lightning strikes occurred in less than 30 minutes across the Bay Area. Winds close to 50 miles per hour were seen as storms rolled through.

A heat wave was gripping Southern California, but some people were still outdoors dining at restaurants.

Lightning facts to stay safe during a storm. 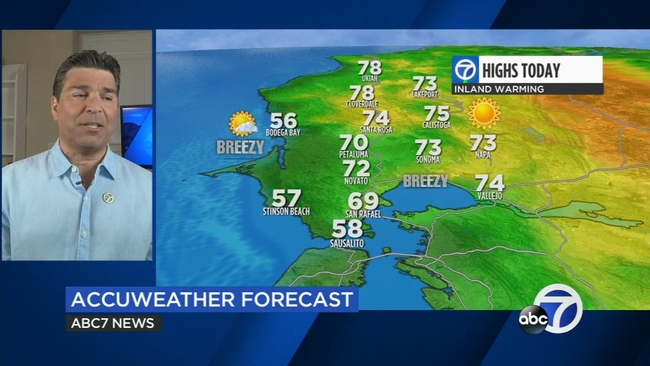