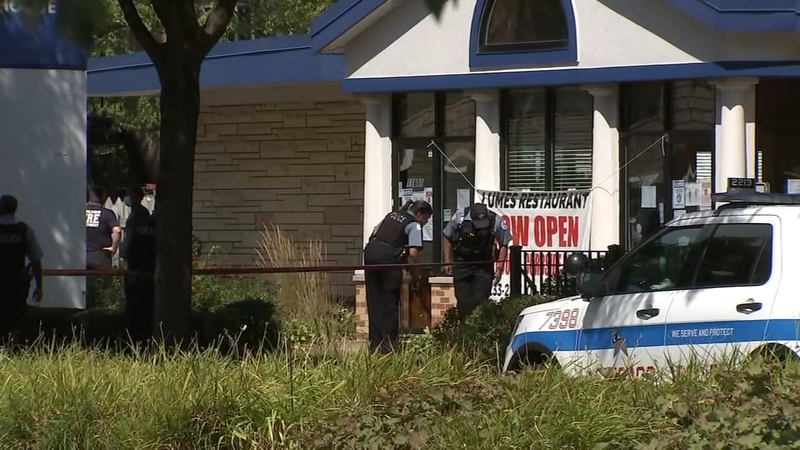 CHICAGO -- One person is dead, and five others were wounded in a shooting outside a restaurant on Chicago's South Side Sunday afternoon.

Three women and two men were shot at the restaurant around 1:30 p.m, according to the Chicago police.


Police said a 31-year-old man was pronounced dead when first responders arrived on the scene, fire officials said. Three victims were taken in critical condition to a local medical center, and two other victims, one in serious condition and the other in good condition, were rushed to a separate hospital.

The victims were eating in a parking lot adjacent to the restaurant when they were shot, fire officials said.

Chicago police said the male victim who died was the target of the shooting. He was dining outdoors under a tent when a white SUV drove up, and someone fired shots, striking him.

No one is in custody. Detectives are investigating.

Anyone with information about the shooting is encouraged to submit a tip anonymously to CPDTip.com.