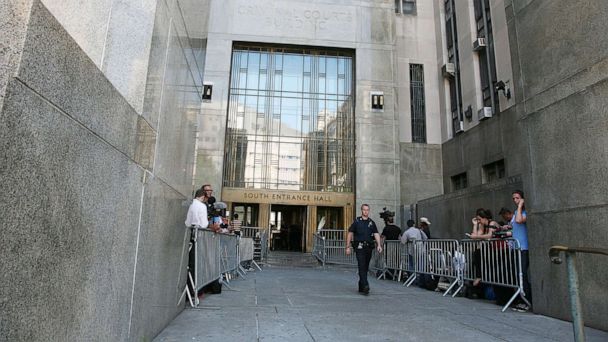 A New York City judge was allegedly punched while she was walking to work Monday morning, according to law enforcement sources.

Judge Phyllis Chu of the New York City Criminal Court was walking from the Staten Island Ferry terminal to the courthouse around 9 a.m. when a person on a bike allegedly punched her in the jaw, according to the court and police sources.


Chu was rushed to New York-Presbyterian Lower Manhattan, where she was treated for her injuries and released in the afternoon, according to a spokesperson for the court. She was doing well, according to the spokesperson.

No suspect was named and it was unclear what the motive was behind the alleged attack as of Monday afternoon, according to sources. The investigation is ongoing.


Chu was appointed to her position in December 2016 after working 23 years as Kings County District Attorney' Office, according to her bio on the city's mayor advisory committee on the judiciary. During her tenure at the DA's office, she was the senior assistant district attorney in the office's homicide bureau, according to the bio.