With less than 30 days left to be counted, the concern in California is that some people are not completing the census.
KABC
By Carlos Granda 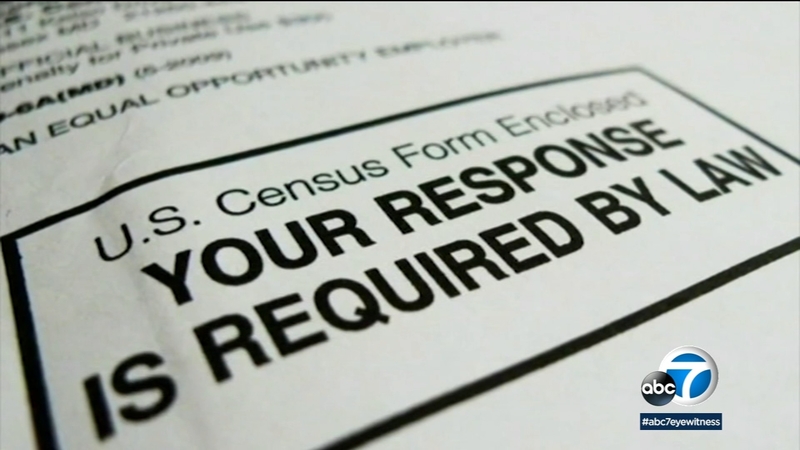 LOS ANGELES (KABC) -- The deadline to complete the census is approaching. With less than 30 days left to be counted, the concern in California is that some people are not responding.

Completing the census can be done several ways: online, by phone or by mail. The forms were sent out months ago.

The self-response rate so far varies widely by county.

The 2020 Census is underway but early return numbers are coming back on the low side, sparking a new push to get more people to respond with so much at stake.

Under the Constitution, every person in the U.S. needs to be counted in the census.

Seats in the U.S. House of Representatives are re-drawn every 10 years based on changes in the population. It's also used to determine how federal funds are handed out.