WNBA Power Rankings: How each team surprised us this season 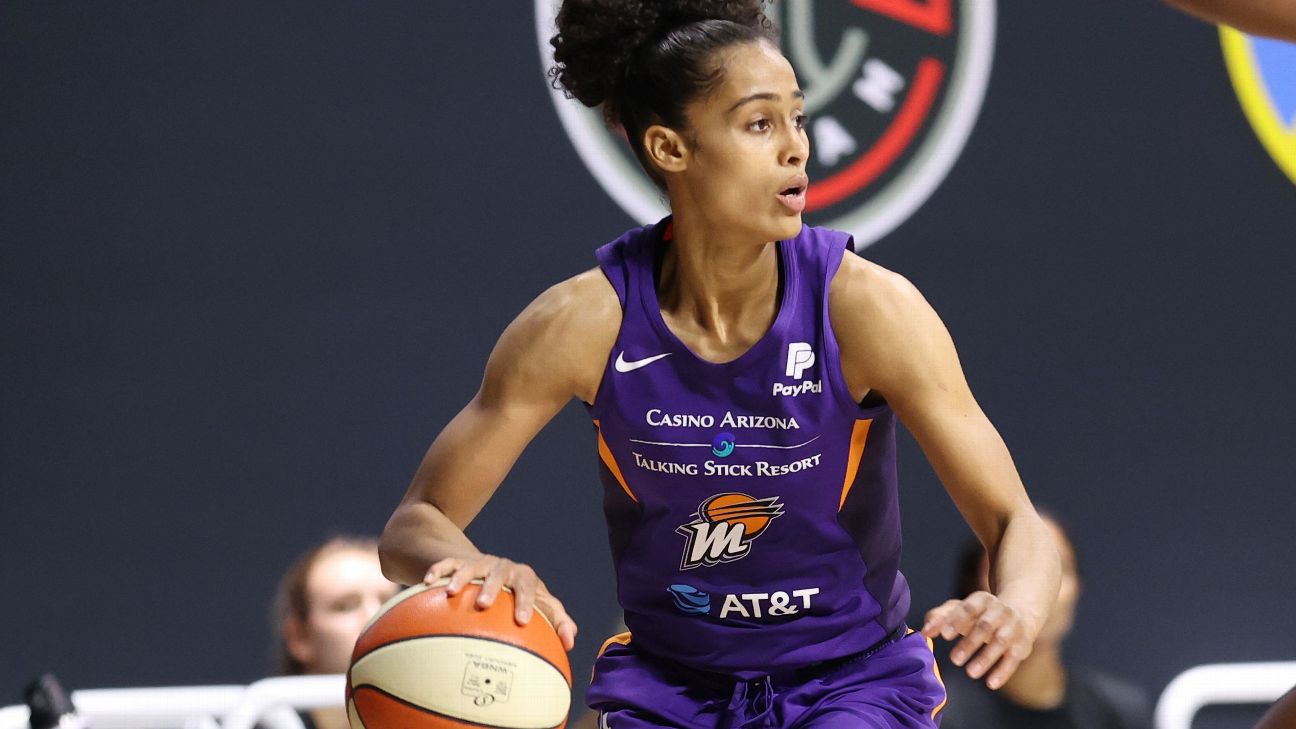 The WNBA has reached the last week of the regular season. And while there are no huge surprises in the standings -- for the most part, the teams predicted to be playoff contenders are, and those predicted to struggle are -- some things have happened that not many anticipated.

In a season dealing with the ultimate in unexpected -- a pandemic -- what have been the most unexpected things for every WNBA team? Did anyone expect the Phoenix Mercury's best stretch to come after they lost their starting center?


"I don't want to know how we're doing it," said Mercury guard Skylar Diggins-Smith, who has averaged 22.8 points during Phoenix's six-game winning streak. "I don't want to explain it. We're just playing; we're not overthinking."

In this week's power rankings, we take a look at some of the more unexpected twists of 2020.

Back on top for the first time since our Aug. 17 rankings, the Storm are where they were predicted to be as the preseason favorite. Forward Breanna Stewart, despite missing last season with an Achilles injury, is back in MVP contention. And even when Sue Bird was out for two stretches, the Storm mostly kept winning.

But forward Natasha Howard struggling as much as she did for about the first three weeks of the season was not anticipated. Howard didn't score in double figures for the first 10 games, and even went scoreless once. But she played her way into better game shape, and she has scored in double figures in every game since Aug. 16. She had a season-high 19 points in Sunday's victory over Minnesota. She's rounding into form at just the right time for Seattle.

We expected 2019 No. 1 draft pick Jackie Young to make progress in her second season. We didn't expect that to happen with her coming off the bench. Yet after starting 34 games last year, she hasn't started any in 2020--- but has clearly improved. Coach Bill Laimbeer feels it works best for the Aces to start Lindsay Allen, and then bring in Young as part of what has been a strong reserve corps for Las Vegas. Some second-year players might balk at that, but Young has thrived. She is averaging 10.9 points and 4.1 rebounds, and her shooting percentage has improved to 49.4 from 32.2.

"Tonight was a great example of why I drafted Jackie Young," Laimbeer said of Saturday's 89-79 victory over Atlanta. "She's really good. The patience and maturity that she has now is phenomenal. She makes plays, has vision, always has her head up, rebounds, plays defense, and scores now."

For the most part, the Sparks are who they were expected to be: A championship-contending team led by post players Candace Parker and Nneka Ogwumike and point guard Chelsea Gray. What we might not have expected, though, is how calm everything has been for Los Angeles.

Some of the drama of last year's playoff implosion and Parker being benched by coach Derek Fisher in the Sparks' season-ending loss could have carried over to this season. But it didn't.

Parker has played at MVP level, and Fisher -- in his second season -- has a better grasp of what works best for his players individually and as a team. Even in tight or frustrating moments, the Sparks have kept their cool. Friday, they lost on a buzzer-beating 3-pointer by Seattle's Jewell Loyd. But that disappointment didn't linger; the Sparks turned around Sunday and beat Chicago.

"We've won some games this year that, in my previous 12 years, we wouldn't have won," Parker said. "And I think that's a testament to our character, and our leadership and just good vibes on the team."

Many thought this would be a big season for center Brittney Griner, and that she would be an MVP candidate. But since she left the WNBA bubble for undisclosed personal reasons, the Mercury have been on a roll. They lost the first game she missed, Aug. 21, but have won six in a row since and have secured the franchise's eight consecutive playoff berth.

Griner was averaging 17.7 points and 7.5 rebounds when she left, which were team highs at the time. The Mercury have responded by playing more "small ball" -- guards Skylar Diggins-Smith and Diana Taurasi have been masterful during this run -- plus veteran Kia Vaughn and second-year pro Brianna Turner have done a nice job making up for Griner's absence inside.


Still, would anyone have expected Griner's exit -- plus a season-ending injury to guard Bria Hartley -- would bring out Phoenix's best?

"The feeling I had was just not wanting to give up," said Vaughn, who is in her 11th season in the WNBA and first with Phoenix. "We just kept fighting and believing in each other."

Before the season started, veteran center Sylvia Fowles was the main player who seemed indispensable for the Lynx. Yet Minnesota is in the mix as one of the better teams in the bubble, even though Fowles has appeared in just seven games and hasn't played since Aug. 13 because of a calf injury.

Minnesota has done better than anyone would have anticipated without Fowles, thanks to multiple factors. Those include guard Crystal Dangerfield, who has become the Rookie of the Year favorite, the strong pairing of Napheesa Collier and Damiris Dantas inside, small forward Bridget Carleton moving into a starting role after playing only sparingly last year as a rookie, and guard Odyssey Sims coming into the bubble late -- but successfully -- after having a baby in April. And Cheryl Reeve has made a case for Coach of the Year, too.

The Sun had some big changes after going to Game 5 of the WNBA Finals last year. Three starters from that team aren't playing: Jonquel Jones opted out, and Shekinna Stricklen and Courtney Williams are now with Atlanta. So with forward Alyssa Thomas and guard Jasmine Thomas being joined by new-to-the-Sun veterans like forward DeWanna Bonner and guard Briann January, chemistry could have been a challenge. But it really hasn't been.

Despite an 0-5 start and January arriving late after being ill with COVID-19, the Sun have jelled well and are closing in on a playoff spot.

"I'm impressed that core group has bonded as quickly as they have," coach Curt Miller said. "DB fits in perfectly with the Thomases. Bri January has been a huge addition. They've held it together. A lot of teams would have separated and been miserable. This team has continued to grow closer and closer."

Things are not trending well for the Sky, who have lost five of their last six. But it's understandable, considering that Chicago is missing guard Diamond DeShields, a key player who was expected to have a big season. She started every game in 2019 and led the Sky in scoring (16.2 PPG). But this year, she was never fully healthy, and then left the bubble after appearing in 13 games in which she averaged 6.8 PPG.

The Sky also had another unlucky break when forward/center Azurá Stevens was injured and also left the bubble not long after having one of the best games of her career, with 25 points and seven rebounds vs. New York on Aug. 20.

When the Sky won their fourth game in a row on Aug. 22, it didn't seem like things were about to take a hard turn in the wrong direction. But they have.

In February, Dallas traded a 2021 second-round draft pick to Los Angeles for guard Marina Mabrey. The Wings thought she could help, but they didn't anticipate her being a starter. Yet she has elevated to that position, and the chemistry she has in the backcourt with former Notre Dame teammate Arike Ogunbowale has been a lift for the Wings, who lost guard Moriah Jefferson to a knee injury after nine games.

Mabrey, a second-round draft pick in 2019, has scored in double figures nine times for the Wings, and is second on the team in 3-pointers with 27 to Ogunbowale's 44.

Ogunbowale had a career-high 39 points in Sunday's overtime victory against Washington, a game that felt must-win to the Wings as they try to hold onto a playoff spot. She's the team MVP, but Mabrey has turned into its surprise weapon.

When Atlanta signed Betnijah Laney after she'd been waived by Indiana before the season, the Dream weren't expecting what they got. Laney is a strong candidate for the league's Most Improved Player award, averaging 16.5 points, 4.3 rebounds and 4.1 assists.

The 26-year-old averaged 5.6 PPG last season, which was the best of her four-year career by that point. Laney, who has had to work her way back from an ACL injury that cut short her second WNBA season in 2016, has been an inspirational story in the bubble.

In Saturday's loss to Las Vegas, Laney had 21 points, seven rebounds and four steals; she has scored in double digits 16 times this season.

"We believe we still have a chance," Laney said of the Dream trying to grab the last playoff spot. If they do, it's in large part thanks to Laney's elevation this season.

Coach Mike Thibault said he knew that if forward Myisha Hines-Allen got more minutes this year, she would do something really good with them. But even he could not have been sure that she would become the Mystics' MVP.

It has been a tough season following a title, with so many pieces missing that were key last year. Yet Hines-Allen has been the biggest bright spot. She has gone from averaging 3.8 points her first season and 2.3 her second to 15.4 this year. Similarly, her rebounding totals have gone from 2.9 to 2.1 to 8.7.

Like Atlanta's Betnijah Laney, Hines-Allen has made a strong case for Most Improved Player -- and neither were on many people's radar before the season began.

Guard Kelsey Mitchell has improved as an elite scorer. Center Teaira McCowan is a year older after a solid rookie season. Guard Tiffany Mitchell is having the best of her five pro seasons. Belgian point guard Julie Allemand has joined Indiana as an adept playmaker. So we might have expected the Fever to potentially take a step forward in coach Marianne Stanley's first season after Indiana had missed the playoffs the last three years.

But it doesn't feel that way. Yes, there are the above good things to consider. And technically, Indiana is still in the hunt for the last playoff spot. But the Fever have lost nine of their last 10. The lone victory in that stretch was rather inexplicably over first-place Seattle, and that might have to serve as the season highlight.

No. 1 draft pick Sabrina Ionescu's impact on the Liberty and the WNBA was anticipated to be one of the storylines for 2020, but it never materialized after an ankle injury in her third game ended her season.

The league was fortunate with most No. 1 draft picks before now; only Lindsey Harding in 2007 (knee injury) played less than 27 games in her rookie season, and even she played 20.

Ionescu left the bubble and essentially has faded from sight. After an emotionally draining college season marked by the tragedy of Kobe Bryant's death and then the sadness of the NCAA tournament being cancelled, Ionescu perhaps will benefit from the break -- even if she didn't want to be injured to get it.

The Liberty were predicted to finish last even with a healthy Ionescu, so their place in the standings -- New York was the first team eliminated from playoff contention -- is no surprise. We'll see what impact Ionescu has next year in what might still feel like a rookie season. 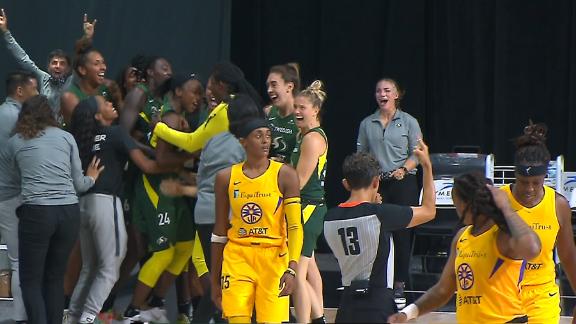 Jewell Loyd's buzzer-beater buries Sparks for the win
Seattle's Jewell Loyd drains the game-winning shot with 0.8 seconds left in regulation as she just barely keeps her feet in bounds to beat the Los Angeles Sparks. 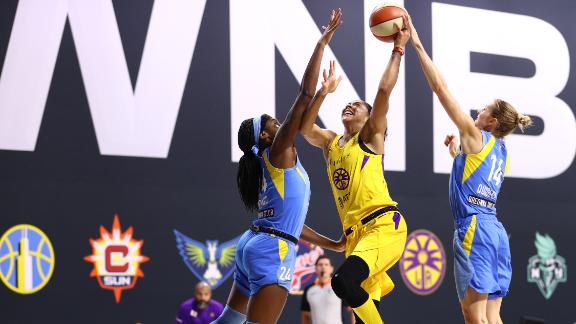 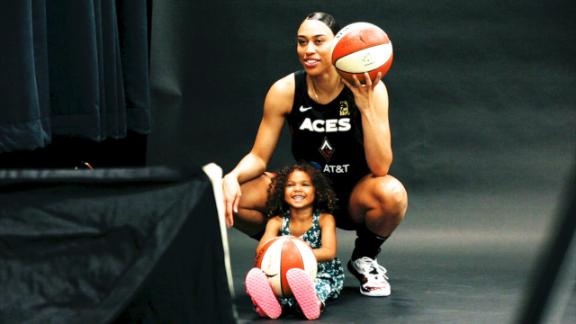