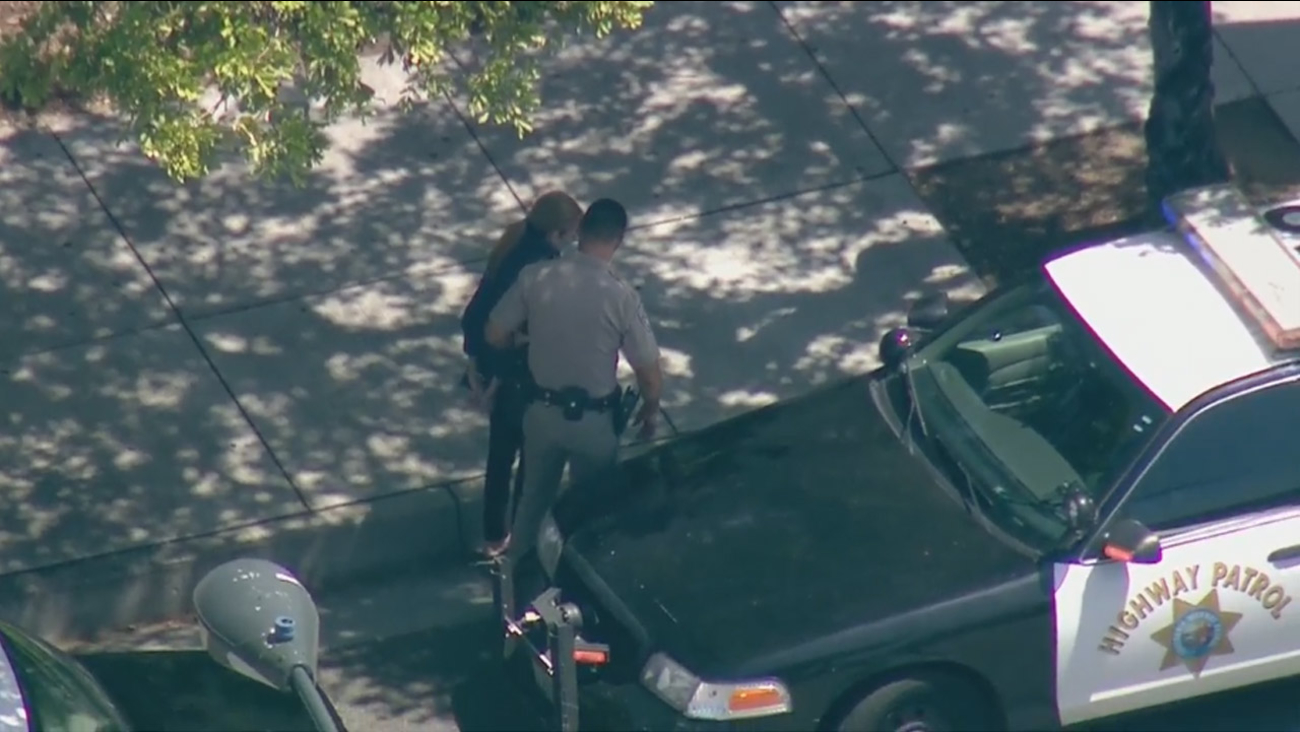 A female driver is taken into custody following a police chase on Wednesday, April 15, 2015.

PASADENA, Calif. (KABC) -- A police chase out of Orange County ended in Pasadena with a successful PIT maneuver Wednesday afternoon.

Authorities say the female driver was seen drifting in lanes, and someone reported her for erratic behavior.

California Highway Patrol officers began chasing the Mazda SUV on the northbound 405 Freeway near the 55 Freeway.

The chase traveled from the 405 to the northbound 110 Freeway until the freeway ended in Pasadena.

Leta Harrison stopped at a couple traffic lights, but then continued the chase. Officers then performed a PIT maneuver and blocked Harrison's vehicle in on Arroyo Parkway south of Colorado Boulevard at 1:11 p.m.

She was taken into custody without further incident and arrested for allegedly driving under the influence of drugs, CHP said.

#CHASE: Suspect in custody after chase out of OC to Pasadena on Arroyo, near Colorado http://t.co/u5lTveArpy pic.twitter.com/Xad2dstvun