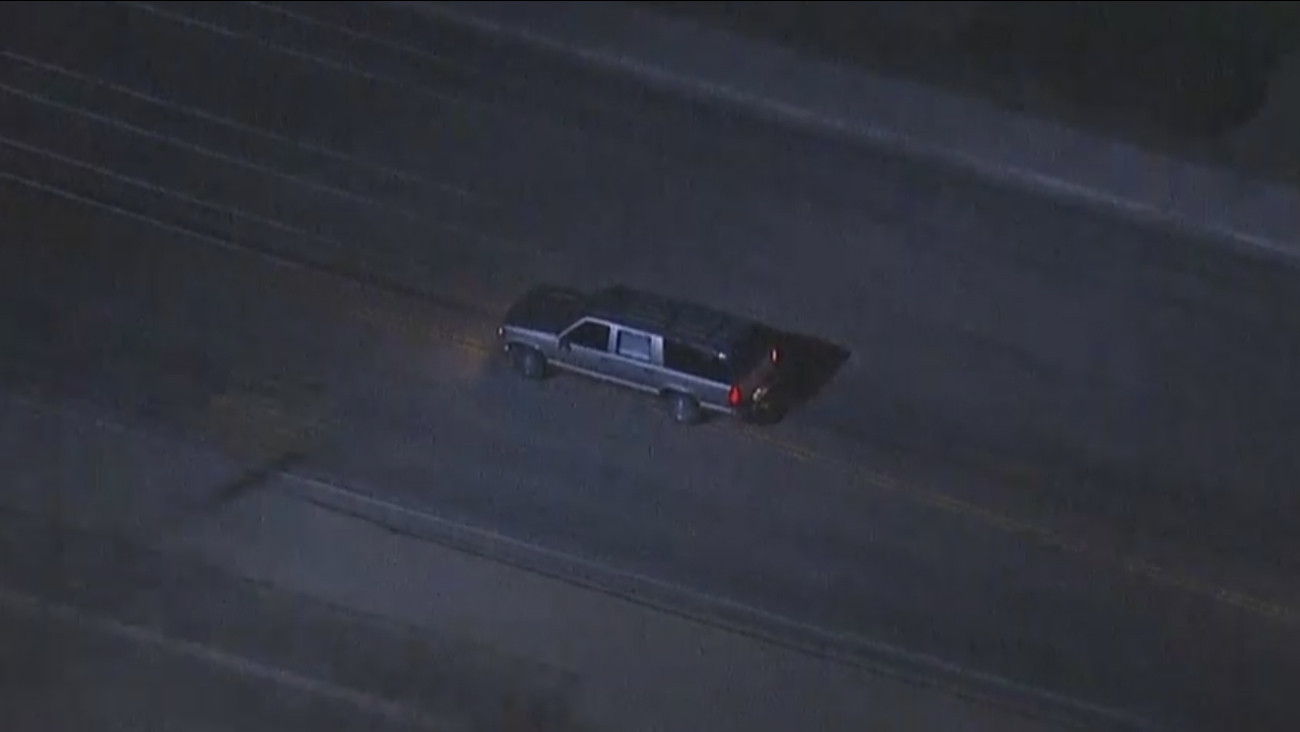 LAKE ELSINORE, Calif. (KABC) -- Two suspects involved in a high-speed chase on the 15 Freeway, surface streets and mountain roads were detained after bailing on foot in San Diego County on Monday.

About 20 minutes later, the pursuit entered the mountainous roads of Cleveland National Forest.

By about 9:20 p.m., the vehicle stopped in the De Luz area of San Diego County and two suspects inside the vehicle bailed on foot into a canyon, according to sister station KGTV. Both suspects had been taken into custody by 10 p.m.