71-year-old man dead, 1 other injured in house fire in Colton 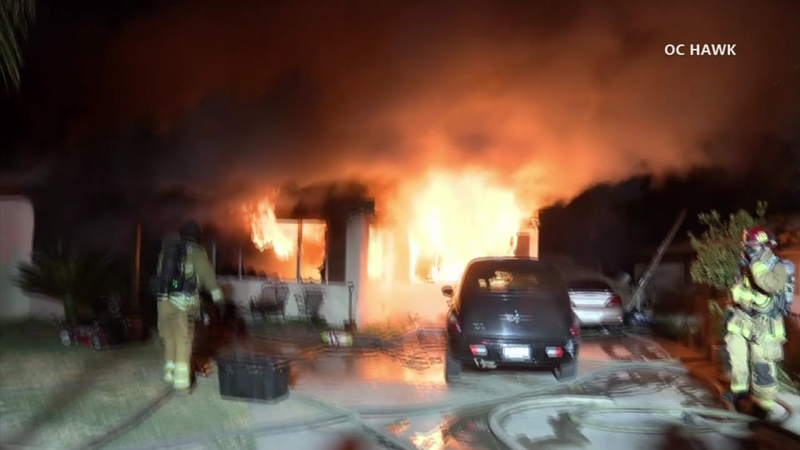 71-year-old man dead, 1 other injured in house fire in Colton

COLTON, Calif. (KABC) -- A 71-year-old man is dead and another man was left injured following a house fire in Colton Saturday night.

Colton firefighters responded to the single-story home at about 7:45 p.m in the 1200 block of S. Center Drive, near Washington Street.

They found the house fully involved in flames and knocked down the blaze in just over 30 minutes, fire officials said.

Officials said fire crews attempted to make entry upon arrival, but it was so hot, they had to back out. They then attacked the fire from the outside before being able to get inside.

The 71-year-old man was found dead inside the home. The second person, a 27-year-old man, was rescued and transported to a nearby hospital with smoke inhalation. Details on his condition were not immediately known.

Officials said no other residents were inside the house, which was considered a "total loss."

Next door neighbor Jordan Reynaga said he ran to get his girlfriend and newborn baby out of their home when he witnessed the flames. He described his neighbor as a man who appeared to live his life to the fullest.

"He was a great guy, and he was always so full of life. It's very unfortunate," he said.