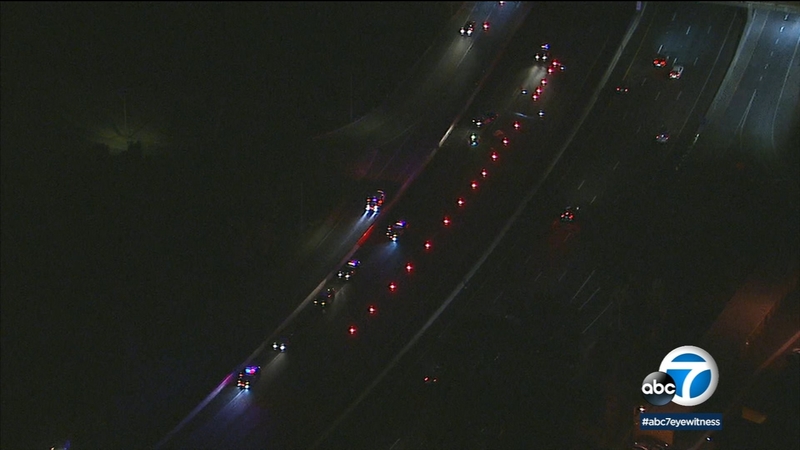 NB 710 shut down in South Gate after pedestrian killed

SOUTH GATE, Calif. (KABC) -- A driver who apparently tried to run across lanes after a crash was struck and killed by a car on the northbound 710 Freeway Thursday night in the South Gate area, authorities said.

The crash was reported first as a solo vehicle collision into the center divider just after 10 p.m.

Officials then learned that the driver of the vehicle that crashed into the divider apparently tried to run across lanes.

A Mercedes struck and killed the person. The vehicle stayed at the scene, officials said.

The cause of the initial crash remained under investigation.