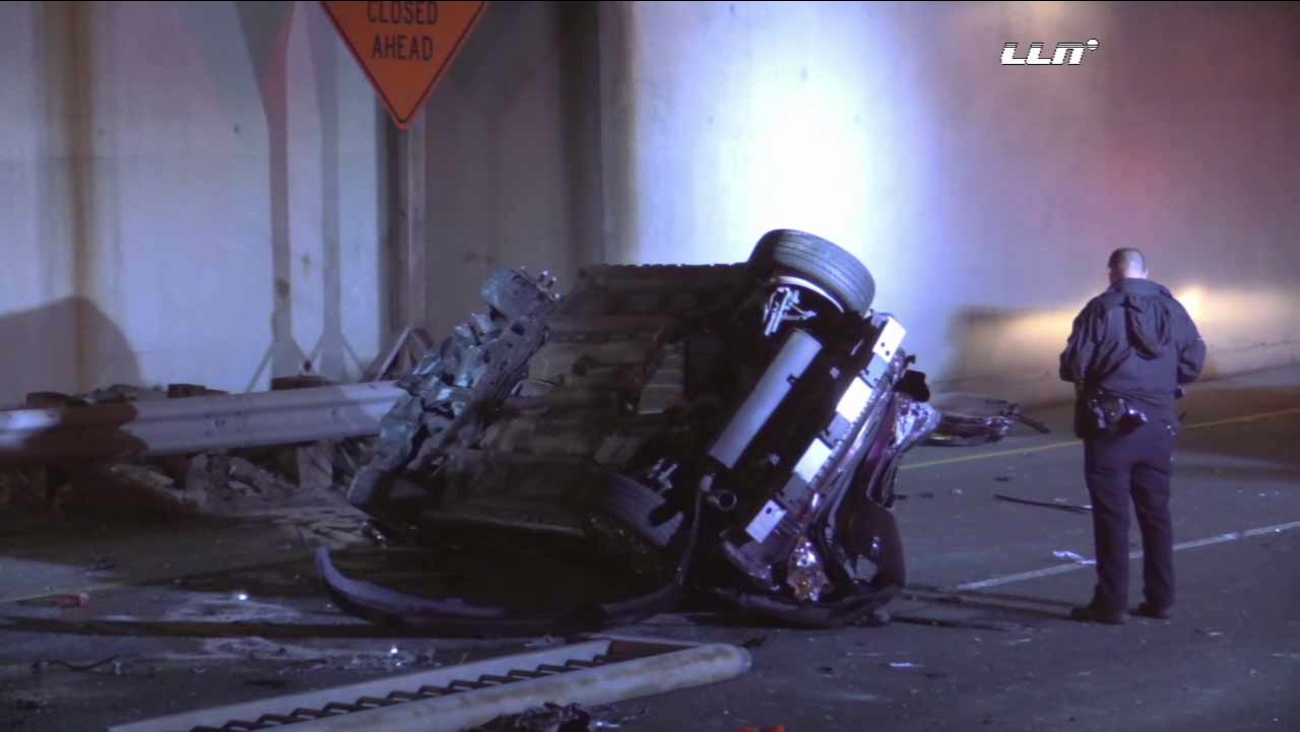 LONG BEACH, Calif. (KABC) -- A motorist was killed after he drove off a 710 Freeway off ramp and slammed into a big rig in Long Beach early Wednesday morning.

The incident was reported around 1 a.m. Police said the motorist lost control, drove off a raised off ramp at 6th Street on the southbound side of the freeway.

The 2006 Scion then flew through a side barrier onto a lower transition road and struck a big rig.

Fire crews had to extricate the car's driver, who later died at an area hospital. His identity was not released, pending notification of family.

Another person who was in the Scion was later discovered near the crash. Police said he suffered minor injuries and was transported to an area hospital for treatment. His involvement in the collision was not immediately clear.

The driver of the big rig was not hurt.

All southbound lanes of the 710 Freeway were closed at Anaheim Boulevard during the investigation. All lanes have since reopened.

The cause of the crash was under investigation, but police believe the Scion may have made contact with a silver 2006 Ford Escape before losing control. The Ford, which has California license plate 5MOV326, did not remain at the scene.