An investigation was underway in South L.A. after police say two groups shot at each other, prompting at least one officer to open fire.
KABC 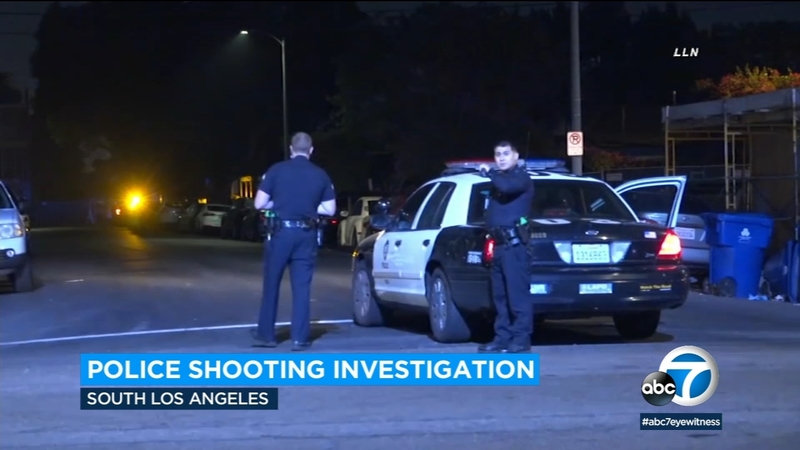 SOUTH LOS ANGELES (KABC) -- An investigation was underway in South Los Angeles after police say two groups shot at each other, prompting at least one officer to open fire.

Los Angeles police say officers in the area near Jefferson and Budlong avenues, less than a mile from USC, spotted people in a gray sedan and at least one person on the sidewalk shooting at each other Saturday at about 11:35 p.m.

Officers got out of their patrol car, leading to police opening fire.

Police say one person ran away from the scene and the driver of the gray sedan drove off before crashing into a telephone pole a short distance away. At least one person from inside the car also ran away.

"We don't believe the group shot at officers. Exactly what they saw and why they discharged their weapons that will have to come from their statements and the detectives examining any video footage that may have captured the incident," said LAPD Detective Meghan Aguilar.

The suspects were later identified, but further information on arrests has not been released.