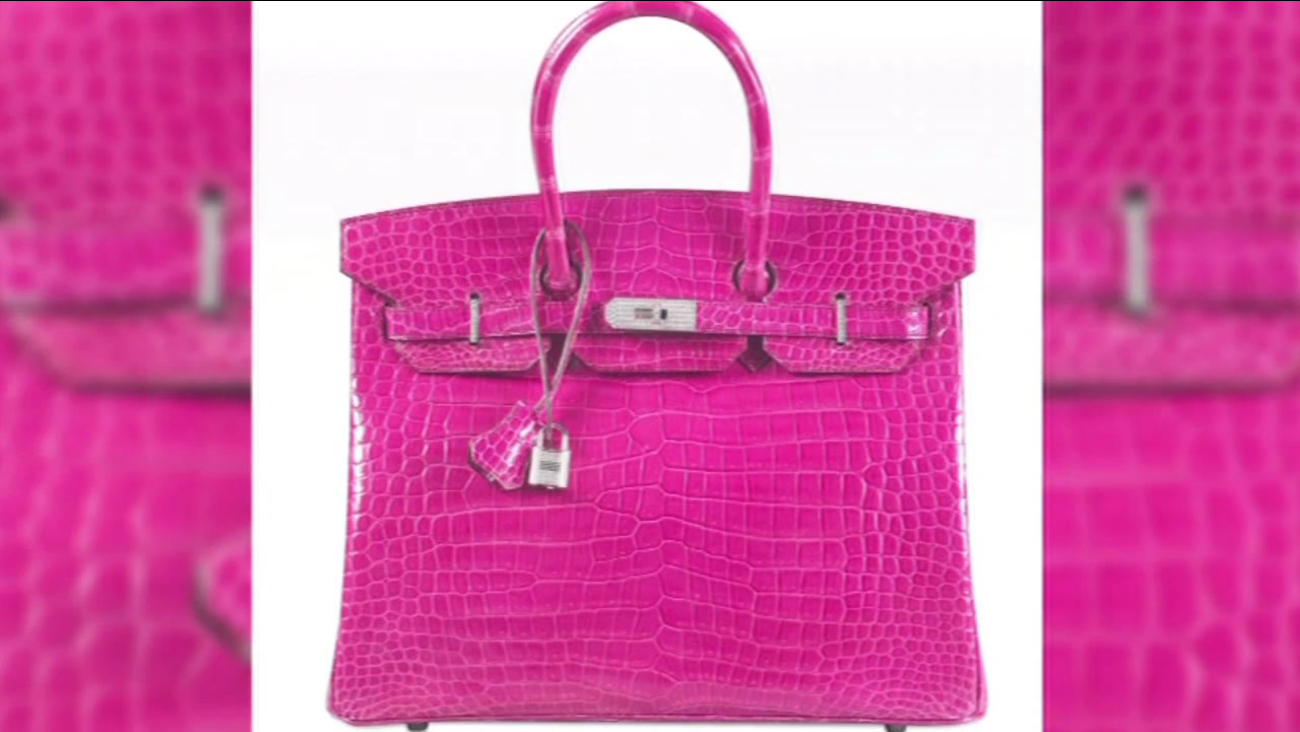 HONG KONG -- A Hermes designer handbag sold at a Christie's auction house in Hong Kong on Monday morning for a record $222,000.

The sale smashed the $203,000 record for a handbag, another Birkin Bag in red crocodile skin, reached at a Heritage Auctions sale in 2011.

The Birkin Bag was designed for and named after British actress Jane Birkin. It's famous for having a price tag in the thousands of dollars and a years-long waiting list.

The bag was one of more than 300 that Christie's put on the block in Hong Kong, which has emerged as a global auction center thanks to wealthy mainland Chinese.

Christie's said a black Birkin Bag that's scheduled to go on the block later in the same auction may sell for even more than Monday's record price.