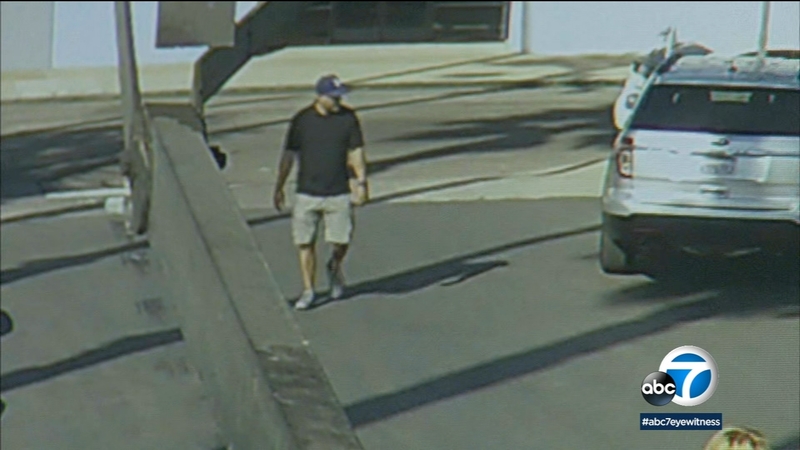 ORANGE, Calif. (KABC) -- A Los Angeles Police Department officer has been arrested more than a year after allegedly stealing a vehicle from a dealership in the city of Orange, authorities said.

Officer Matthew Calleros was arrested Monday in the parking lot of the LAPD's Hollenbeck station after he finished his shift by detectives from the Orange Police Department. He was booked into that city's jail, the agency said Tuesday. Whether he posted bail was unclear.

Authorities say the pickup truck was stolen from a small used-car dealership on Oct. 25, 2019 by a man posing as potential customer. He asked to see a report on the vehicle and as dealership staff went to get it, he drove off.

He allegedly held on to the vehicle for more than a year.

A manager at the dealership said the theft was costly to the business.

"We're the small guy," said sales manager Gino Gonzalez. "Obviously we get affected a little more. Because of that they actually more than doubled our insurance policy."

"You hear people say sometimes officers think they're above the law. But you know what? You always get caught in the end."

Orange police investigators are working with the Los Angeles Police Department and the Orange County District attorney's office on the case, officials said.

LAPD officers have widespread dissatisfaction with the chief's leadership during protests against police brutality according to a survey conducted for their union.

In a statement, the LAPD said it was also conducting its own investigation.

Calleros, a Hollenbeck Division officer, "has been assigned home and his peace officer powers suspended pending the outcome of both investigations," the LAPD said in a statement.