Elon Musk took 4 COVID-19 tests in one day, but half were positive and half were negative

Does Elon Musk have COVID? Based on his recent test results, it's difficult to say.
CNNWire
By Jackie Wattles, CNN Business 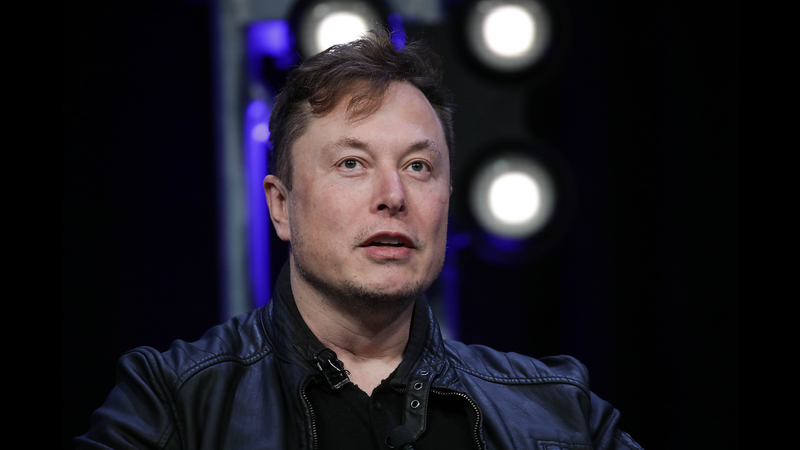 Elon Musk may have COVID-19

HAWTHORNE, Calif. -- SpaceX CEO Elon Musk said on social media last night that he took four COVID-19 tests in one day, two of which were positive and two of which were negative. It's not yet clear if Musk has the virus, but the news immediately drummed up concern about whether a diagnosis will impact SpaceX's plans to launch astronauts on a mission to the International Space Station this weekend.

Musk issued a brief series of tweets overnight, stating that he had "mild sniffles," a "cough" and "slight fever" for the past few days. He added that he is expecting to get the results of a PCR test - which are known to be more accurate than the type of rapid test Musk said he took- within 24 hours.

"I thought I was dying." The actress tested negative for COVID-19 three times, but said she experienced coronavirus symptoms for several months.

Meanwhile, Musk's tweets echoed across the country to Kennedy Space Center in Florida, where four astronauts are preparing to ride into space aboard a SpaceX Crew Dragon capsule on Sunday. The original launch date of Saturday evening was officially delayed due to "onshore winds and recovery operations," according to NASA Administrator Jim Bridenstine.

Jim Bridenstine, who was scheduled to conduct a routine press conference Friday morning, said that, per NASA policies, Musk should be in quarantine and SpaceX should be attempting to determine who might have come into contact with Musk. But it wasn't yet clear if Sunday's mission will be affected by the news.

"This news just broke before this press conference," Bridenstine said, adding that he last spoke to Musk two days ago. "So as far as any contact with the [astronaut] crew, I am unaware of it. That contact tracing should be underway right now."

When asked if the uncertainty around Musk's diagnosis might delay the SpaceX mission, Bridenstine replied, "If there are adjustments that need to be made, we will make them."

It's not clear if SpaceX has already started contact tracing efforts. The company did not respond to requests for comment from CNN Business, nor has SpaceX responded to email or phone inquiries from CNN Business in about six months.

The astronauts slated to fly on Sunday are likely not at risk, Bridenstine added. Even before the pandemic, NASA has said that astronauts abide by pre-flight quarantine rules to ensure they don't take an illness into space, where viruses and bacteria could rapidly spread among crew members packed onto a spacecraft. NASA has also implemented stricter measures in response to COVID-19, but the astronauts have been staying with their family members and will have to be in close proximity to some NASA and SpaceX employees on launch day.

Four astronauts, one of whom is from Pomona, arrived at Kennedy Space Center on Sunday for SpaceX's second crew launch, coming up this weekend.

But it's also unclear how a positive diagnosis for Musk could impact the ground crews needed to oversee the launch the weekend. Musk is frequently at SpaceX's headquarters in Hawthorne, California, which is also home to SpaceX's mission control center. It's not clear when Musk was last in contact with key SpaceX or NASA personnel that will need to report for duty this weekend.

Why Musk's tests may have been wrong

Musk said on Twitter that all four tests he took on Thursday were rapid tests, or "antigen tests" conducted by the same nurse at the same facility. He alleged in his late-night tweets that something "extremely bogus" was going on, echoing months of earlier tweets in which Musk has expressed doubt about COVID-19's threat. He also previously shared a YouTube video that was later removed for containing misinformation about the virus.

In a recent interview with journalist Kara Swisher, Musk doubled down on his skepticism, saying he would not take a COVID-19 vaccine when it becomes available and insisted that stay-at-home orders designed to thwart the virus's spread did more harm than good.

PCR tests, on the other hand, can take a day or more to return results but are far more accurate.

That's because PCR tests search for signs of the COVID-19 virus's genetic material, while antigen tests search for one of the viral proteins, or a small trace of the virus's presence. And though both types of tests rely on a nasal swab, PCR tests require complicated specialized labs and trained technicians to conduct. That's why in the early days of the pandemic, PCR tests were heavily backlogged, sometimes taking more than a week to return results. The antigen tests were expected to provide a quicker - albeit less accurate - picture of how the novel coronavirus was spreading throughout the United States.

Jessica Offerjost, a BD communications manager, responded in an emailed statement to CNN Business, saying the company is "aware of the tweet and are reaching out to learn more consistent with our quality management process."

"While the scientific community agrees that no diagnostic test is perfect, we stand behind the quality, utility and science of our system," the statement reads. "There are many factors that could lead to a discordant result...As we clearly state in our instructions for use, negative results should be considered in the context of a patient's specific situation and confirmed with a molecular PCR assay if necessary for patient management."

Per Musk's tweets, he expects to receive his PCR test results Friday night. He also noted that he was not currently experiencing symptoms, though he "did take NyQuil."

Two NASA spokespeople declined to comment about the status of the SpaceX mission beyond what Bridenstine told reporters. SpaceX and NASA officials in Florida, however, are expected to host another routine press conference this afternoon to share updates about checks they're conducting on the SpaceX rocket and spacecraft.