A Coachella Valley assemblyman who was among the several California legislators attending a conference in Hawaii this week amid an uptick in coronavirus cases in the Golden State defended his decision to attend.
City News Service 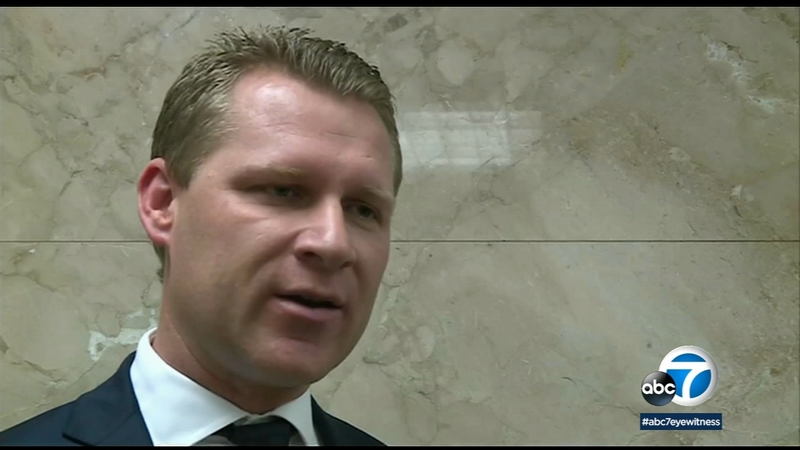 RANCHO MIRAGE, Calif. (CNS) -- A Coachella Valley assemblyman who was among the several California legislators attending a conference in Hawaii this week amid an uptick in coronavirus cases in the Golden State defended his decision to attend, saying Wednesday proper health protocols are in place to guard against the spread of the virus.

Assemblyman Chad Mayes, I-Yucca Valley, flew to Maui to attend a four-day policy conference hosted by the nonprofit Independent Voter Project at the Fairmont Kea Lani Hotel in Wailea. The conference began Monday, the same day Gov. Gavin Newsom announced several counties had moved back to the most restrictive tier of the state's reopening plan amid a statewide surge in cases.

"This is my fifth year attending the conference,'' Mayes said in a statement Wednesday. "This event promotes intelligent public policy in our state. In fact, at this current conference we are collaborating on ways we can reopen our economy in a safe manner.''

A group of California lawmakers reportedly took a work trip this week to Hawaii amid the ongoing pandemic, just days after the state issued a travel advisory.

Mayes came under fire earlier this week after it was revealed he and other lawmakers from California and other states attended the conference despite a tightening of health restrictions in California. The uptick spurred Newsom last Friday to urge residents not to travel out of the state.

The news followed Newsom drawing heat for attending a birthday dinner earlier this month in Napa, with photos showing him seated indoors, unmasked and in close proximity to top lobbyists for the California Medical Association. Newsom has apologized publicly for what he called a lapse in judgment.

Hawaii's Safe Travels program requires travelers to take a coronavirus test no more than 72 hours before arriving in Hawaii, which Mayes says he did.

He contends the conference, which he described as bipartisan, is operated in a safe manner, and that he and the other attendees have been consistently wearing masks and maintaining social distance.

"I've been very impressed with Hawaii's Safe Travels program and will strongly advocate that California implement a similar program to help breathe new life into our tourism economy,'' he said.

Governor Gavin Newsom released a statement Friday afternoon after he attended a birthday party at French Laundry in Yountville in Napa County.

Mayes' spokesman Joe Justin said the trip was entirely self-funded, despite reporting that indicated some of the participants had their travel expenses paid for.

The conference has faced criticism in recent years due to it being funded by special interests, including businesses, private individuals and labor groups.

Dan Howle, executive director and chair of the Independent Voter Project, told City News Service that the decision to hold the conference was made in unison with Hawaii officials at the state and county level. He said about 75 people participated in this year's event, about 50% of prior totals, which included the exclusion of bars or other areas where people would typically congregate.

"We're safer here in Maui than you are in the mainland, there's no question about that,'' he said Wednesday.

Earlier this month, Mayes secured his first reelection attempt in the 42nd Assembly District, which include parts of both Riverside and San Bernardino counties, since ditching the Republican Party last year and registering with no party preference.