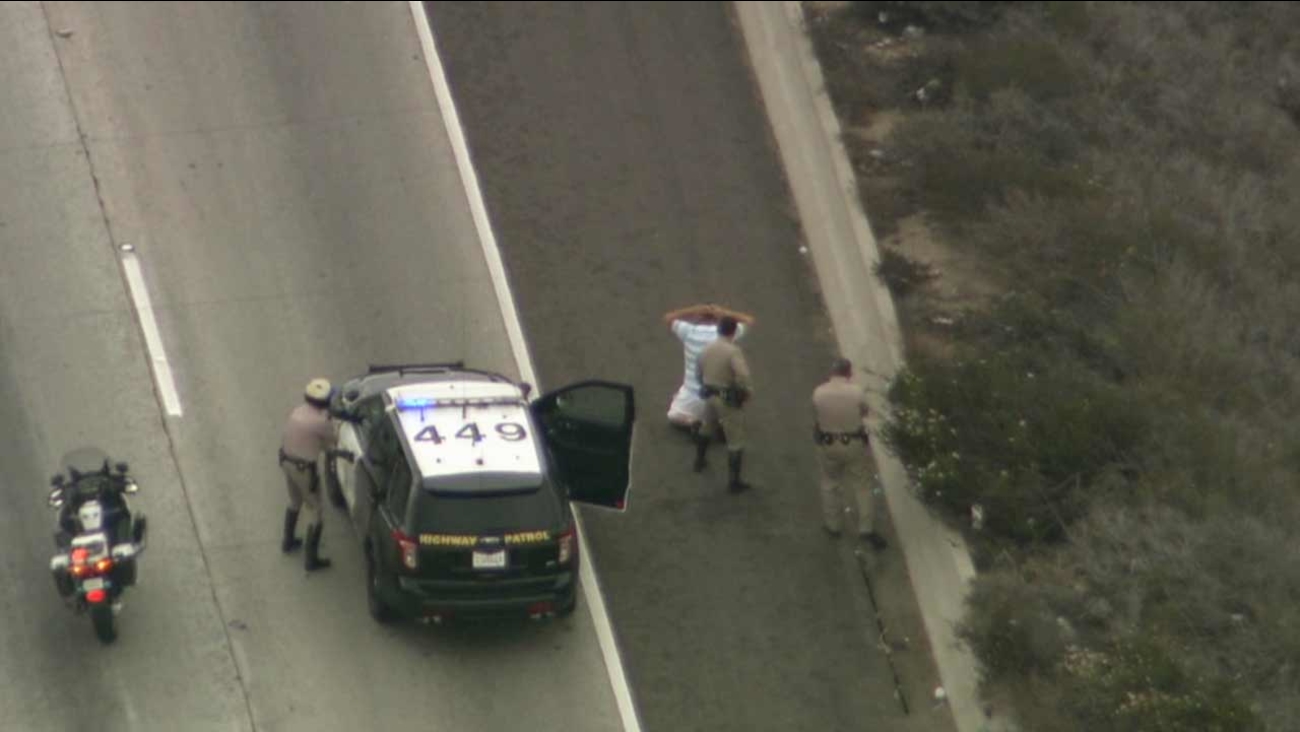 A suspect was taken into custody on the southbound 5 Freeway in the Del Mar area of San Diego County Tuesday, June 30, 2015 after leading CHP officers on a high-speed chase.

The chase began near Washington Boulevard and the 605 Freeway at about 1 p.m. when the driver refused to pull over for a traffic stop. He then continued on the southbound 5 Freeway and led officers on a pursuit through Los Angeles, Orange and San Diego counties that reached speeds of nearly 120 mph.

At about 2 p.m., he pulled to the right shoulder of the freeway, slowed to a stop and then surrendered to police in the Del Mar area. The driver was wanted for possession of heroin.