'The kid was only asking for love.' New documentary 'Dear Santa' highlights 108 year old mail program that delivers dreams to those in need 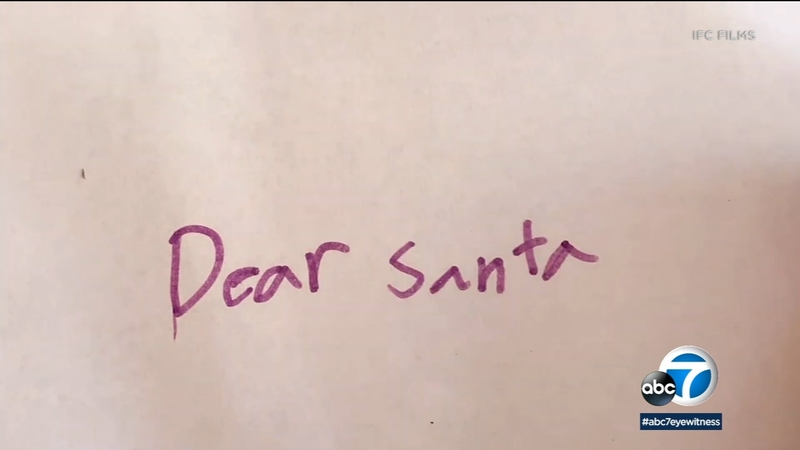 Spirit of giving shines through with letters to Santa

HOLLYWOOD -- Every year, hundreds of thousands of letters addressed to Santa Claus wind up at post offices all over the country. Then what?

The new documentary, "Dear Santa," shows us how a 108 year old program keeps delivering dreams to those who need them. It's how the United States Post Office makes sure children's dreams don't end up in the dead letter file.

With the help of postal elves all around the country, the letters get adopted by people who become Santa's helpers in the name of giving.

Director Dana Nachman is the woman behind this story.

"If I can create an entertaining, fun hour and a half and also get some goodness in there and some, you know, it's like your sugar helps the medicine go down, that's what my goal is," said Nachman. "This entire year, I have spent every day living, breathing, Santa and what he does and what it means to the world. I mean, I've never been happier and it's been a hard year, right?"

The movie introduces us to Jamie, the lead elf in Chico, California, which is not far from Paradise. Both California communities have dealt with devastating fires.

"She has been helping all the victims of the Chico fires and the Paradise fires from 2017 and now from the fires this year. So she really likes to take the letters from those kids and make sure that they're given extra special attention," said Nachman. "Our film's coming out on December 4th and it's the same day that all the letters go live online. So no matter where you are in the country, you can go on to--it's uspsoperationsanta.com--and read all the letters, figure out which one means something to you and you can do it."
Report a correction or typo
Related topics:
arts & entertainmentsanta clausmoviedocumentarypostal service
Copyright © 2021 OnTheRedCarpet.com. All Rights Reserved.
More Videos
From CNN Newsource affiliates
TOP STORIES