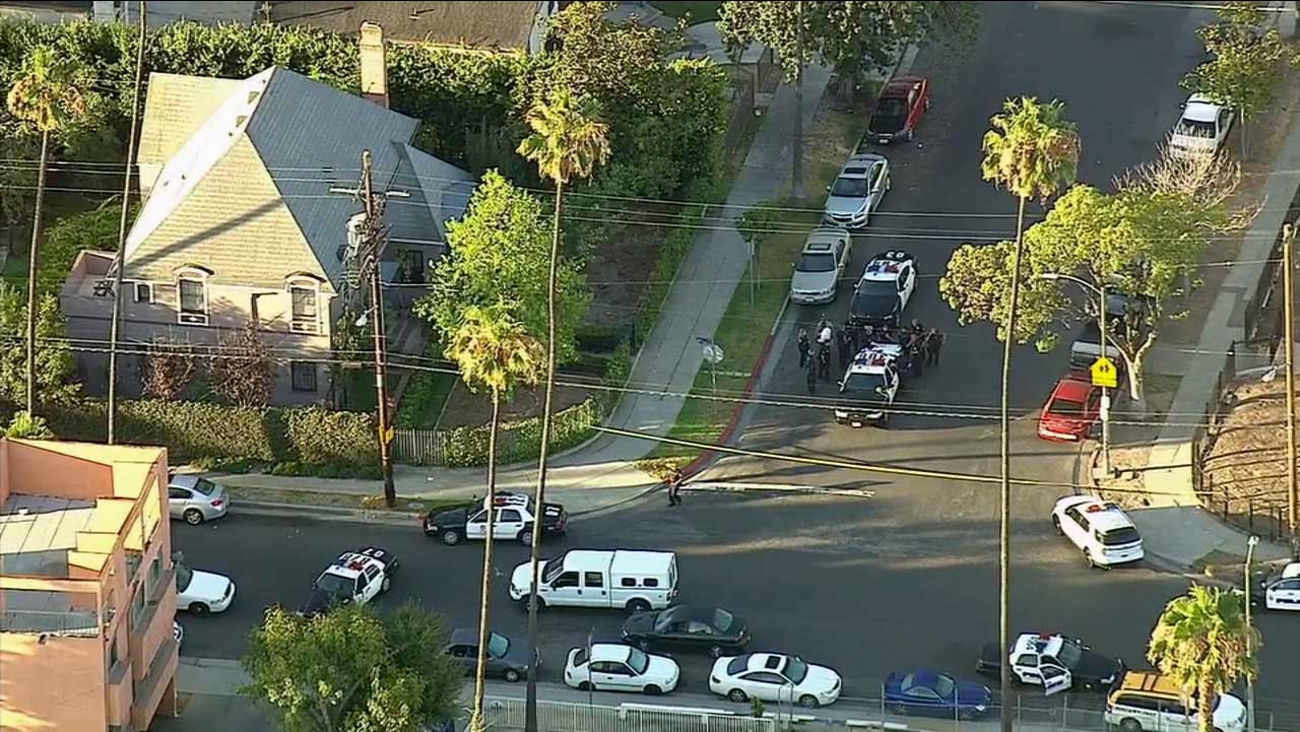 A search was underway for a burglary suspect after he fled on foot following the end of a police chase in the West Adams area on Monday, July 13, 2015. (KABC)

Shortly after the report, LAPD officers spotted the suspects' car, described as a Grand Marquis, in the 400 block of North Fairfax Avenue around 5:11 a.m.

A short chase ensued, lasting just seven minutes. The pursuit ended on the eastbound 10 Freeway at Western Avenue around 5:18 a.m.

Three burglary suspects were in the car. Two surrendered while one fled. That suspect was described as wearing a black jacket, a gray hoodie and jeans. He is believed to be 16 to 18 years old.

A perimeter was set up on nearby streets. Investigators called in K-9 units, which located the outstanding suspect.

Police said the 24th Street Elementary School was on lockdown during the search. But classes were not in session due to the summer and were not expected to resume until August.
Related topics:
west adamslos angelesburglarysearchlapd
Copyright © 2021 KABC-TV. All Rights Reserved.
More Videos
From CNN Newsource affiliates
TOP STORIES