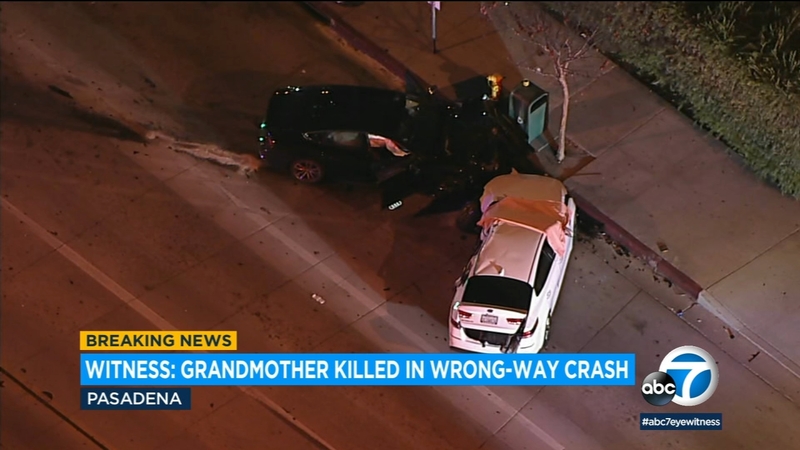 PASADENA, Calif. (KABC) -- A grandmother was killed in a tragic two-car crash caused by a driver speeding on the wrong side of the road in Pasadena Tuesday evening, witnesses say.

The crash happened near the intersection of Fair Oaks Avenue and Glenarm Street at about 8:30 p.m., according to the Pasadena Police Department.

AIR7 HD was over the scene and captured the two vehicles, which appeared to be a white Kia Optima and a black Audi. Both had extensive front-end damage.

Witnesses say a grandmother was driving when a speeding car on the wrong side of road slammed into her car.

Two children were reportedly in the white vehicle. They were rushed to the hospital in unknown condition.