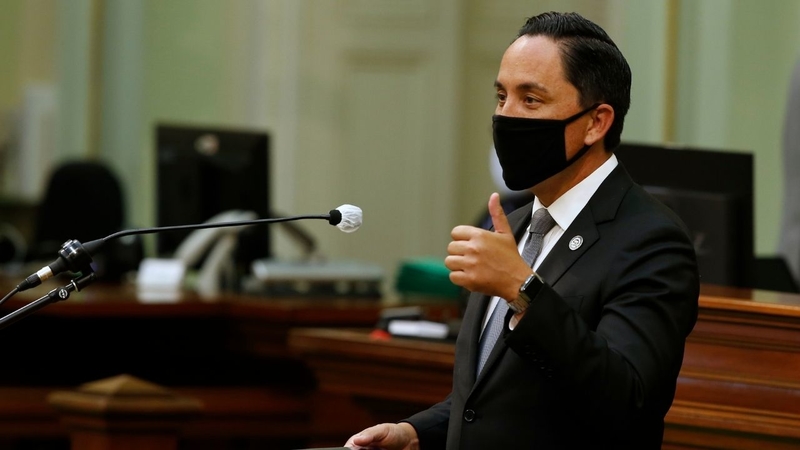 SAN DIEGO (CNS) -- Todd Gloria was sworn in as San Diego's 37th Mayor this week, alongside the 73rd San Diego City Council, making him the first LGBT and person of color mayor in the city's history.

The former assemblyman for California's 78th State Assembly District, City Councilman and Interim Mayor in 2013, thanked the diverse San Diegan community for electing him to the position.

"As a kid growing up in San Diego, I didn't see people who looked like me leading practically anything, let alone a major U.S. city," Gloria said. "Together, we will make San Diego into a place where your ZIP code doesn't determine your destiny, we embrace what makes us unique and our community provides pathways to success for all of us."

Former Mayor Kevin Faulconer offered his congratulations to his "friend and colleague" Gloria in a prerecorded message in which he touted his own successes over his six-year term.

He pointed to declining homelessness rates, road repairs, signing the Climate Action Plan and reducing the city's emissions by 25% and evidence of the success of bipartisan government.

"When we set aside politics and lead with pride, there's nothing we can't do," Faulconer said.

Gloria said his staff was preparing an aggressive strategy to tackle to the ongoing COVID-19 pandemic, including the public health, economic and housing components.

"Our goal is not to go back to normal," Gloria said. "Normal was not and won't be good enough. This is the dawn of a new era. We are going to recover and built back better from COVID-19."