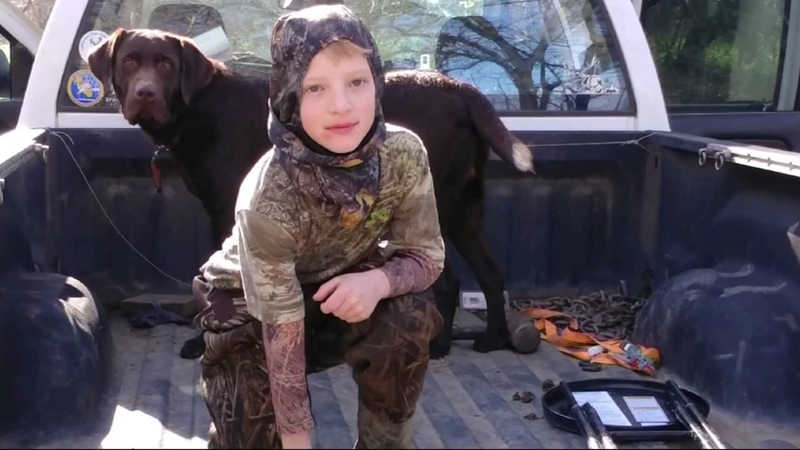 MARYSVILLE, Calif. -- A 9-year-old boy is being hailed a hero for saving his family from a fire that engulfed their Northern California home.

The fire broke out at about 3 p.m. Monday. Luke just happened to go outside in time to spot the fire on top of his home and sprinted into action.

"If it wasn't for him, it wouldn't have turned out as well as it did," Luke's uncle Butch Gregory told KOVR-TV.

Luke's mother, his 5-year-old brother and two infant siblings were in the family room at the time.

They had no idea that flames were surrounding the home on the outside. Luke quickly called 911 and grabbed his infant sister, while his mom grabbed the other two kids and ran out.

"He made a huge difference. He's a hero for telling his family to get out," said Tony Cuppoletti with the Marysville Fire Department.

The fire department quickly got the upper hand of the fire, but the house is a loss. Crews were able to save some valuable possessions for the family.

And Luke's quick thinking is getting him a lot of praise.

"I asked him how he knew what to do, and he said that's what they taught him in 1st grade -- to take the little ones out and go in the opposite way of the fire," said Gregory.

Mom and all four kids escaped unharmed leaving some precious valuables behind that Gregory says can be easily replaced.

What is the first thing he wants to get for Luke?

"Anything he wants," said Gregory.