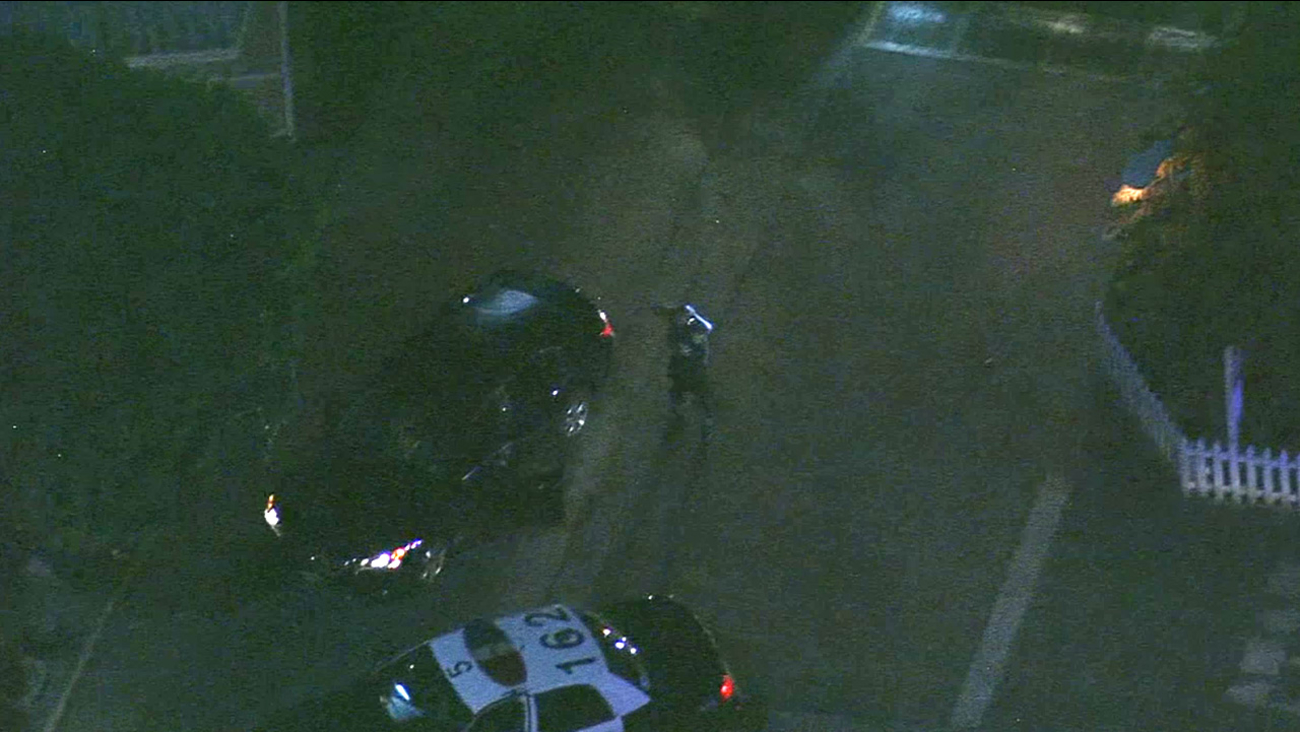 A man surrenders to California Highway Patrol officers after a high-speed chase in the El Monte area on Tuesday, Aug. 4, 2015.

California Highway Patrol officers attempted to pull over the dark-colored sedan for speeding at about 9:20 p.m. on the southbound 605 Freeway at Beverly Boulevard in Pico Rivera, when the driver sped off.

During the chase, the car could be seen speeding through stop signs on surface streets and driving on the wrong side of the road.

At one point, the suspect ran a red light and nearly crashed into a white sedan driving past.

By 9:50 p.m., the vehicle appeared to have at least one flat tire and was slowing down.

About 20 minutes later, the suspect stopped in front of a seemingly parked patrol car and surrendered to authorities. One man was arrested.

California Highway Patrol officers draw their weapons on a suspect after a high-speed chase in the El Monte area on Tuesday, Aug. 4, 2015.