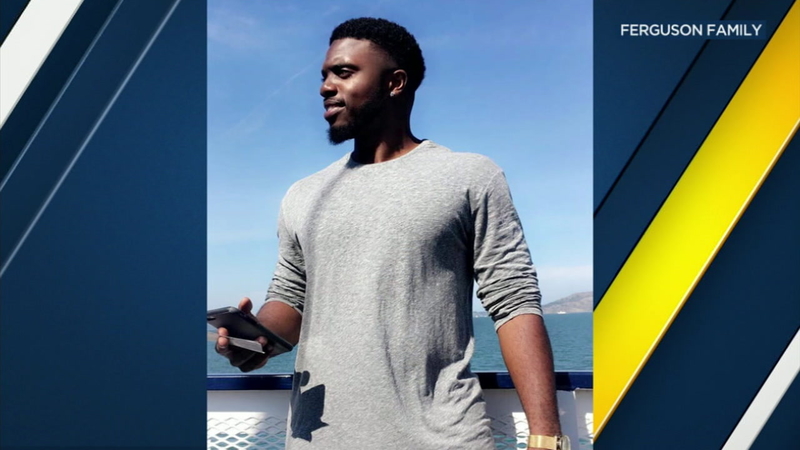 CERRITOS, Calif. (KABC) -- The man killed in a car-to-car shooting on the 91 freeway near Cerritos has been identified as 27-year old Sam Ferguson.

Family members say he was studying to become a speech pathologist and worked with children with developmental disabilities.

Ferguson was shot Friday night and died a few hours later at an Irvine hospital.

Police are still looking for the other vehicle involved and say they do not have a motive for the shooting.

As the investigation continues, Ferguson's loved ones are coping with his death by leaning on faith and family and reminiscing over how special he was.

"He was a jokester, a prankster, fun. His friends flocked to Sam," said his brother, Marcus Ferguson.

Sam was the youngest of nine siblings. He lived with his oldest brother in Cerritos and was on his way home from work Friday afternoon when police say another driver opened fire, killing him.

Authorities say they have no suspect information and no word on a motive.

Ferguson's family says he had no enemies.

Sam went to Mayfair high school in Bellflower and graduated from Navarro College in Texas where he played basketball.

Our deepest sympathaies, heartfelt condolences and prayers go out to the family and friends of Sam Ferguson.

R.I.P Sam Ferguson! Little bro was killed yesterday in a senseless shooting on the 91 freeway! My first PG signee, my little bro since birth and my dads favorite. I’m gonna miss you champ! pic.twitter.com/WfS9QePHdm

We lost a member of our #MayfairHoops family Sam Ferguson yesterday in a senseless act. Sam will be greatly missed for that infectious smile and is gone entirely way too soon. Keep him and his family in your thoughts and prayers during this difficult time.

Sam's calling was to be a speech pathologist, and his passion was working with developmentally disabled children. That came from helping his own late brother who had autism.

In fact, Ferguson had just left the home of a disabled child Friday, when he was shot.

His family is hoping someone on the 91 freeway at the time will help lead them to the shooter.