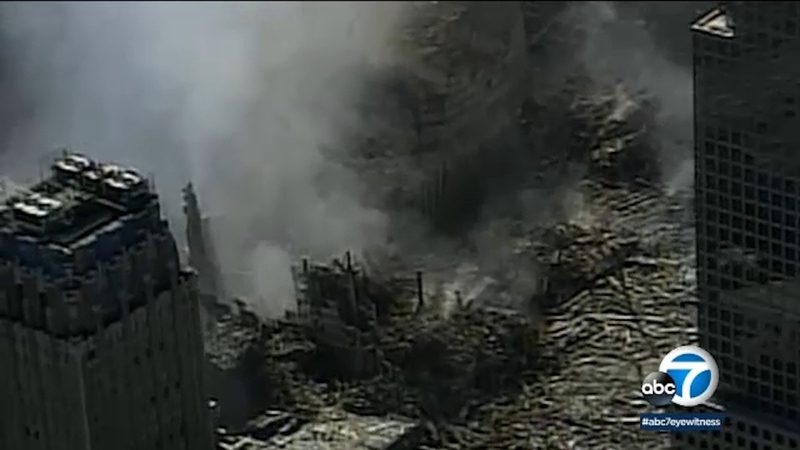 Most of us remember exactly where we were and what we were doing when we heard about the attacks and how we felt.

Two of our colleagues at Eyewitness News traveled to New York shortly after the World Trade Center attacks to cover the aftermath.

Even for journalists who try to remain objective it was a terribly emotional story.

Reporter Carlos Granda and photojournalist Edgar Alcala spoke to Marc Brown about arriving in a devastated city - flying over ruins that were still smoking three days later - and the emotional toll it took on them and everyone else around the country.

"The picture that still haunts me to this day is a father holding twins," Alcala recalled of visiting a room where photos were posted of the dead and missing. "We started trying to do our job ... and we just stopped and we cried."