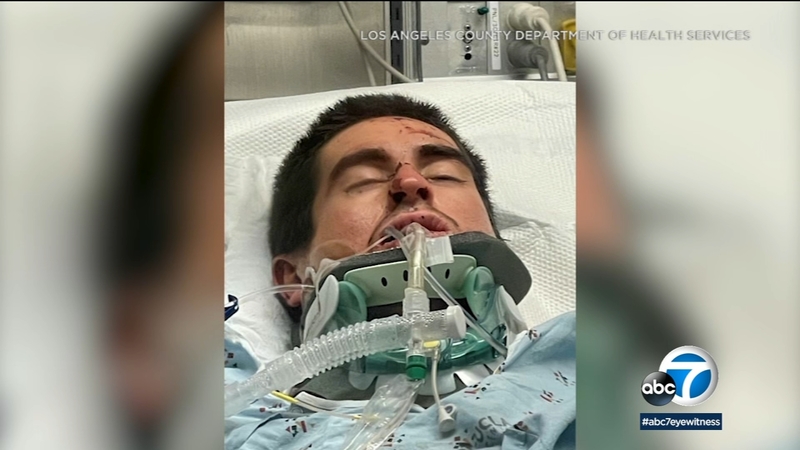 LOS ANGELES (KABC) -- UPDATE: The patient has been identified and his next of kin has been notified.

The Los Angeles County Department of Health Services and Harbor-UCLA Medical Center are asking for the public's help in identifying a patient who was apparently hit by a car that fled the scene in Hawthorne.

The hospital says the man was found lying unresponsive in the middle of a street with his skateboard on Christmas morning at 118th Street and Hawthorne Boulevard.

The man is described as Latino with a mustache, brown eyes, black hair, with a thin build and weighs around 140 pounds. He is in his early to mid-20s and is about 5 feet 4 inches tall.

Officials are trying to identify him since he had no form of ID on him.