KABC
By Jory Rand and Gabrielle Moreira
SIMI VALLEY, Calif. (KABC) -- As many as 500 homes were threatened by a brush fire that broke out in the hillside of Simi Valley Friday afternoon.

The fire erupted in the 500 block of Rustic Hills Drive in the Wood Ranch neighborhood. More than 150 firefighters worked to contain a blaze, dubbed the Rustic Fire, which had grown to 189 acres. 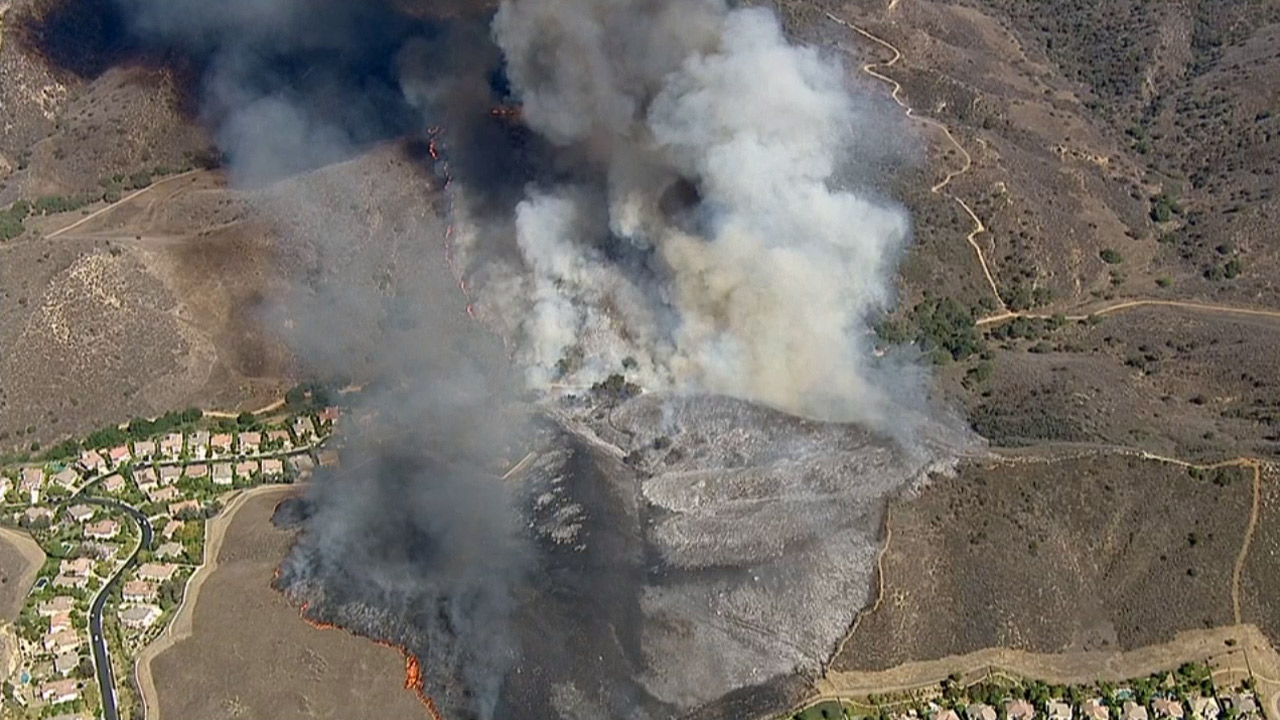 Firefighters worked tirelessly for hours to contain the flames. One firefighter was hospitalized after suffering from dehydration.

No evacuations were ordered, but residents in areas south of Long Canyon Road were asked to shelter in place.

Residents captured photos of the smoke billowing dangerously close to homes. Others reported seeing smoke from as far as Malibu.

The cause of the fire is under investigation. As of 8:30 p.m., the blaze was 50 percent contained.

This was the second fire to break out in Simi Valley. Earlier Friday morning, a crash on the 118 Freeway near Rocky Peak Road sparked a fire after a truck plunged 200 feet down an embankment. 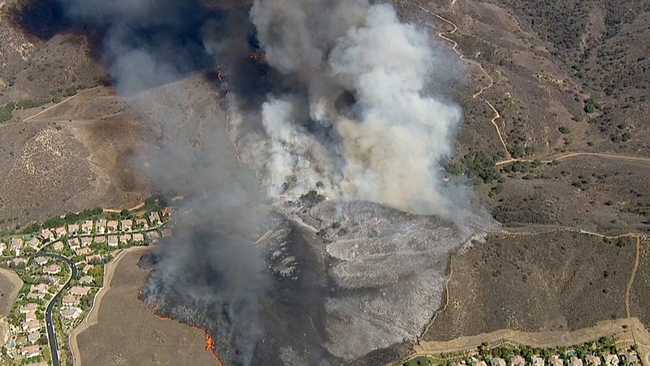 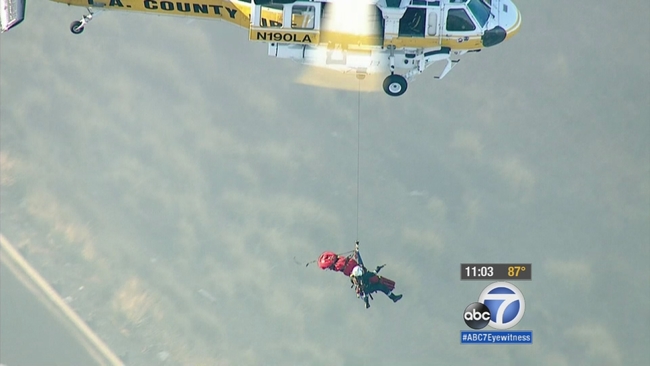