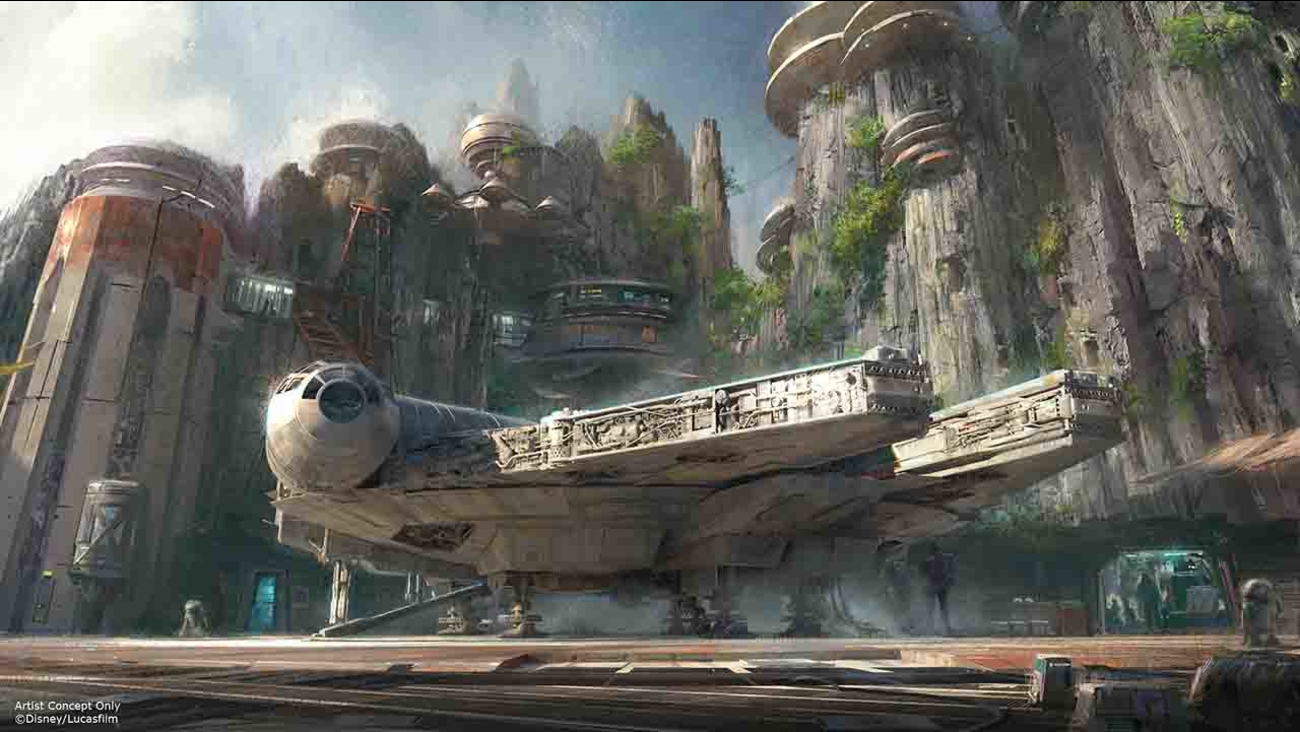 An artist's concept of the new "Star Wars" Land. (Disney/Lucasfilm)

ANAHEIM, Calif. -- It's going to get a whole lot easier to travel to a galaxy far, far away. Disney CEO Bob Iger announced Saturday that the company will be adding new Star Wars-themed lands to the Disneyland and Walt Disney World resorts in California and Florida.

The new parks will be 14 acres each and feature both a battle attraction and one that puts park-goers at the controls of everyone's favorite "fastest hunk of junk in the galaxy" -- the Millennium Falcon.

An artist's concept of the new "Star Wars" Land.

"I am thrilled to announce the next chapter in the long and exciting history between Disney Parks and Star Wars," said Iger. "We are creating a jaw-dropping new world that represents our largest single themed land expansion ever. These new lands at Disneyland and Walt Disney World will transport guests to a whole new Star Wars planet, including an epic Star Wars adventure that puts you in the middle of a climactic battle between the First Order and the Resistance."

An artist's concept of the new "Star Wars" Land.

The Walt Disney Company acquired Lucasfilm in 2012 for $4.06 billion, but the two companies' relationship dates back to 1987, when Star Tours opened at Disneyland. While accepting a Disney Legends award a day before Iger's announcement, George Lucas said Disney "has always given me a great deal of inspiration."

Star Wars: The Force Awakens, the newest installment in the series, is scheduled for release on Dec. 18.

The Walt Disney Company is the parent company of Walt Disney Parks and Resorts, Lucasfilm and this station.