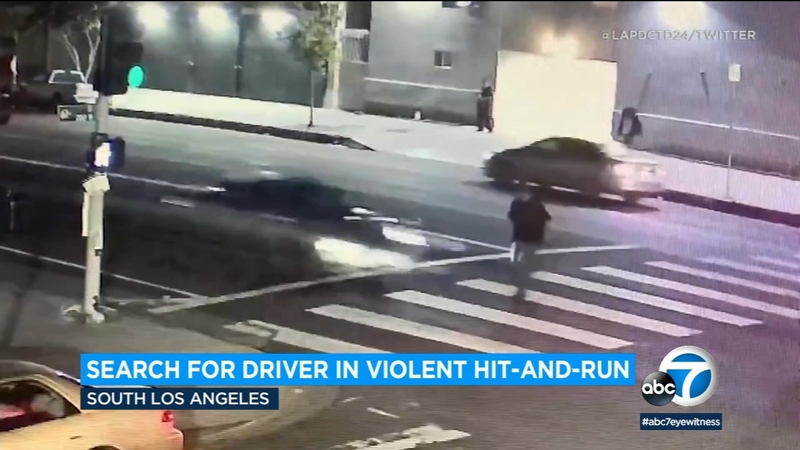 SOUTH LOS ANGELES (KABC) -- The Los Angeles Police Department has released video of a violent hit-and-run crash in South L.A. that left a man severely injured in the hopes of finding the driver.

The incident happened at the intersection of 61st Street and Broadway just before 10 p.m. on Sunday, according to the department.The pedestrian was crossing the street when he was hit, though authorities noted that he did so against the "Don't Walk" signal.

As the pedestrian continued to walk, surveillance footage shows the suspect car colliding into the man and catapulting him into the air before he landed on the street.

The driver briefly stopped but then continued to drive northbound on Broadway without rendering any aid to the pedestrian, who was later taken to a local hospital with severe injuries. Authorities say the man is in stable condition.

The vehicle is described as a 2000-2010 two-door beige coupe with a sunroof that may have damage to the hood and front end.