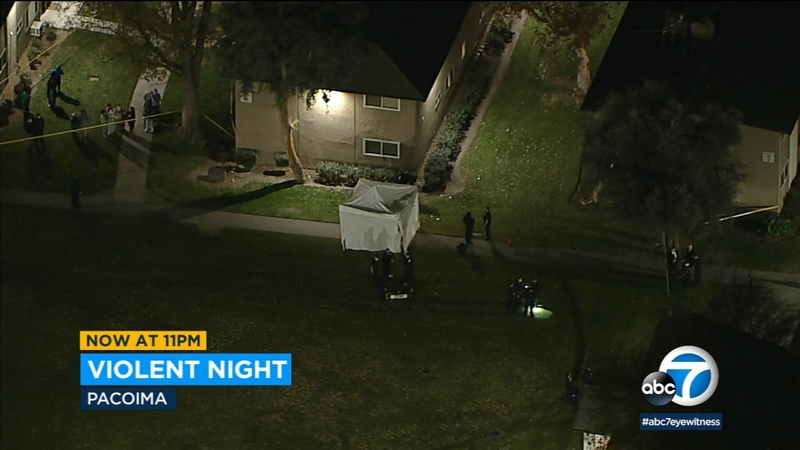 PACOIMA, LOS ANGELES (KABC) -- Two suspects were in custody Tuesday in connection with a fatal shooting of a 15-year-old boy in Pacoima.

Homicide detectives said the shooting happened just before 6 p.m. Monday in the 12700 block of Van Nuys Boulevard, near Borden Avenue.

Responding officers found the teenage victim, described as a Hispanic male, in the grass outside an apartment complex with multiple gunshot wounds.

He was pronounced dead at the scene, and his name was not immediately released.

Officers in the area who were investigating the shooting found two people who matched the descriptions of the suspects, and apprehended them, also recovering a firearm, said Officer Mike Lopez with the Los Angeles Police Department.

The suspects -- Walter Smith, 21, and Ja'Ree Robertson, 19 -- were taken into custody on suspicion of murder, according to investigators.

Their bail was set at $2 million each.

The relationship between the victim and the suspects was not immediately known.