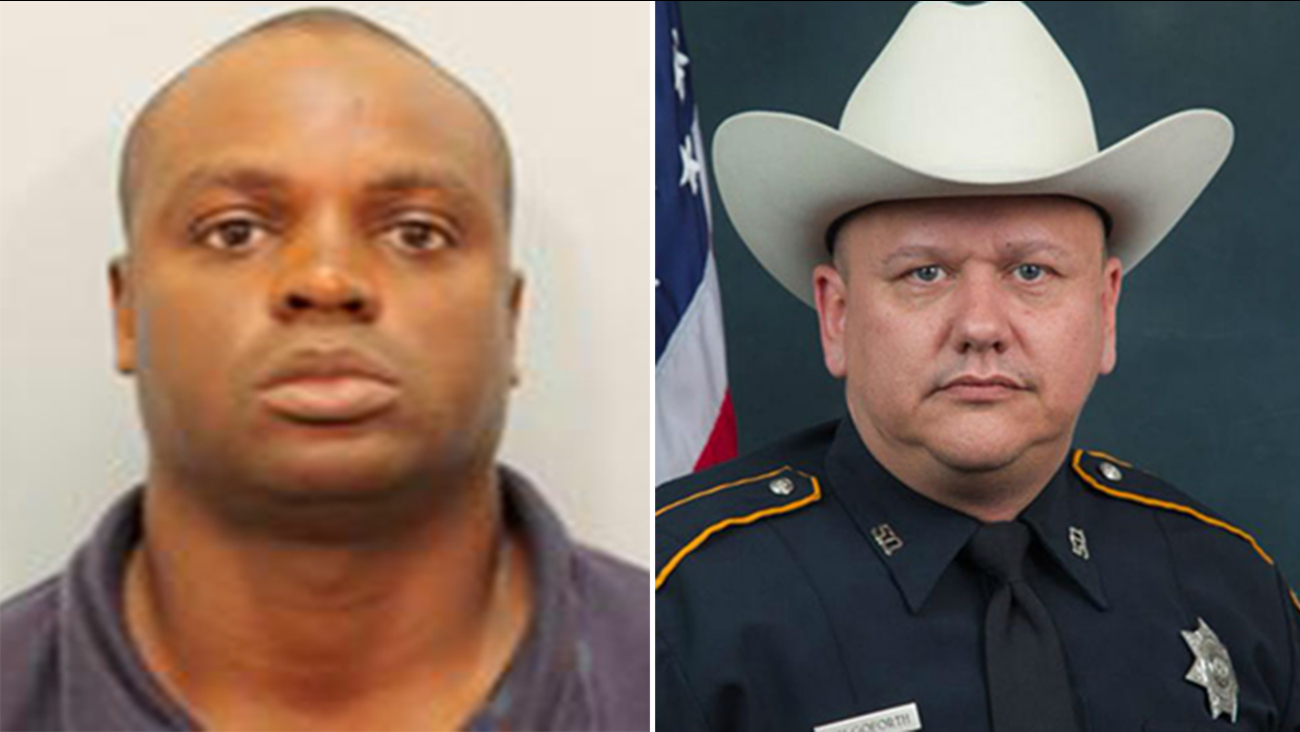 HOUSTON -- Texas prosecutors on Saturday charged a 30-year-old man with capital murder in the killing of a uniformed sheriff's deputy who was gunned down from behind while filling his patrol car with gas in what officials described as a "senseless and cowardly act."

The arrest of Shannon J. Miles - who has a criminal history that includes convictions for resisting arrest and disorderly conduct with a firearm - came less than 24 hours after authorities said he ambushed Darren Goforth, a 10-year veteran of the Harris County Sheriff's Office, at a suburban Houston Chevron station.

"I am proud of the men and women that have worked swiftly to apprehend the responsible person who posed a significant threat to both law enforcement and the community at large," Harris County Sheriff Ron Hickman said at a news conference. "Our deputies return to the streets tonight to hold a delicate peace that was shattered last evening."

Court and jail records did not list an attorney for Miles.

Hickman said the motive for the killing had not been determined but investigators would look at whether Miles, who is black, was motivated by anger over recent killings elsewhere of black men by police that have spawned the "Black Lives Matter" protest movement. Goforth was white.

"I think that's something that we have to keep an eye on," Hickman said. "The general climate of that kind of rhetoric can be influential on people to do things like this. We're still searching to find out if that's actually a motive."

Hickman said investigators are working on the assumption "that he was a target because he wore a uniform."

Goforth, 47, was pumping gas Friday night when the gunman approached him from behind and fired multiple shots, continuing to fire after the deputy had fallen to the ground.

The deputy had gone to the Chevron gas station in Cypress, a middle-class to upper middle-class suburban area of Harris County that is unincorporated and located northwest of Houston, after responding to a routine car accident earlier Friday.

Earlier on Saturday, Hickman had called the killing a "cold-blooded assassination."

"Cops' lives matter, too," Hickman said then. "So why don't we drop the qualifier and say lives matter."

"There are a few bad apples in every profession. That does not mean there should be open warfare declared on law enforcement," she said.

Deray McKesson, a leader of the Black Lives Matter movement, responded to Hickman's criticisms, telling the Houston Chronicle: "It is unfortunate that Sheriff Hickman has chosen to politicize this tragedy and to attribute the officer's death to a movement that seeks to end violence."

In a statement Saturday, Gov. Greg Abbott said "heinous and deliberate crimes against law enforcement will not be tolerated" and that the state "reveres the men and women in law enforcement who put their lives on the line every day to protect and serve their communities."

Hickman said Miles had been in the custody of authorities "all night." Authorities earlier Saturday said they had been speaking with a person of interest but had not identified that individual.

Court records of Miles' previous arrests show he lived at a home that deputies searched earlier Saturday and where a red truck, similar to one that authorities said left the scene of the shooting, was found. Hickman credited the work of investigators and "routine research" that found the truck that led to "the suspect responsible for this senseless and cowardly act."

An impromptu memorial sprouted at the pump Goforth had used Friday night, with a pile of balloons, flowers, candles and notes, including one that said, "Gone but never forgotten R.I.P. Deputy Goforth." The gas station was open Saturday, but that pump was closed. People gathered later on Saturday for a vigil at the gas station to remember Goforth.

Brian McCullar knew Goforth because the deputy had patrolled his neighborhood, which is about two miles from the gas station, and the two spoke often.

"You're talking about a guy that made a difference," McCullar said.
Related topics:
texasshootingu.s. & worlddeputy involved shootingofficer killed
Copyright © 2021 by The Associated Press. All Rights Reserved.
RELATED 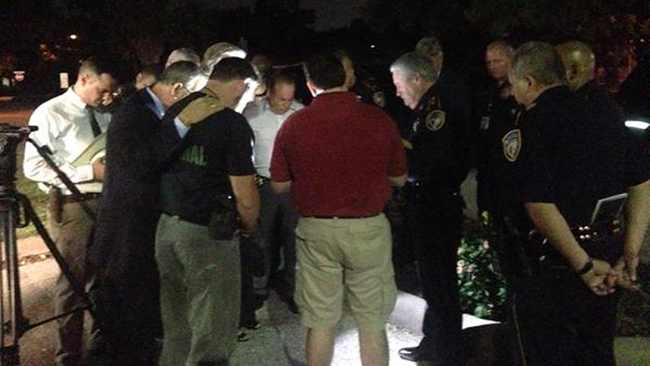