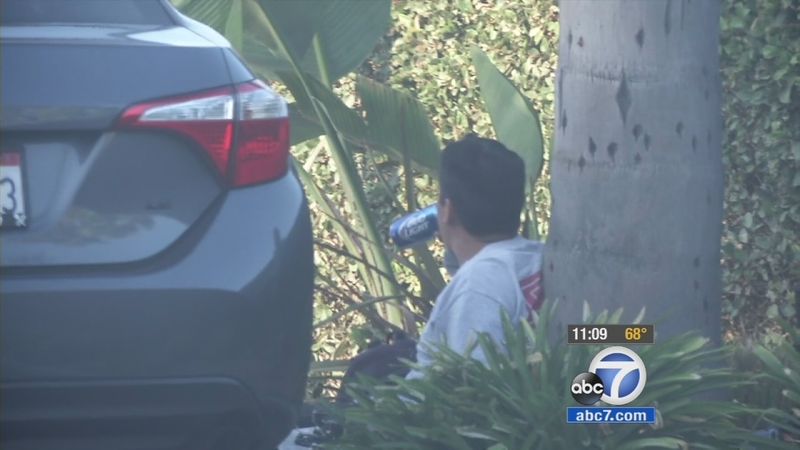 SANTA ANA, Calif. (KABC) -- Santa Ana police took ABC7 on an exclusive ride-along Thursday night as they cracked down on underage and public drinking throughout the city.

Thursday is 18 and over night at the Yost Theater in the 300 block of N. Spurgeon Street, but police say the havoc actually begins down the street at a shopping center parking lot. Undercover officers cited several young men for drinking beer in public and also confiscated a woman's vodka bottle.

Thursday's undercover sting was one of several Santa Ana police will conduct this year thanks to a grant received from the California Department of Alcoholic Beverage Control.

Officers are cracking down on drinking in public throughout the city, and it didn't take long Thursday to find people taking a swig of beer. Officers say drinkers are often outside liquor stores, shopping center parking lots and city parks.

One man was cited for drinking on a park bench along a bike path where families come to walk with their children.

Santa Ana police say they have received a lot of calls from residents who are fed up with people drunk in their neighborhoods, and that it's a quality-of-life issue.

"There's a lot of people who harass individuals, community people that are walking by with their children, trying to beg for money, trying to steal things, breaking into cars that are parked in the area," said Santa Ana police Officer David Garcia.