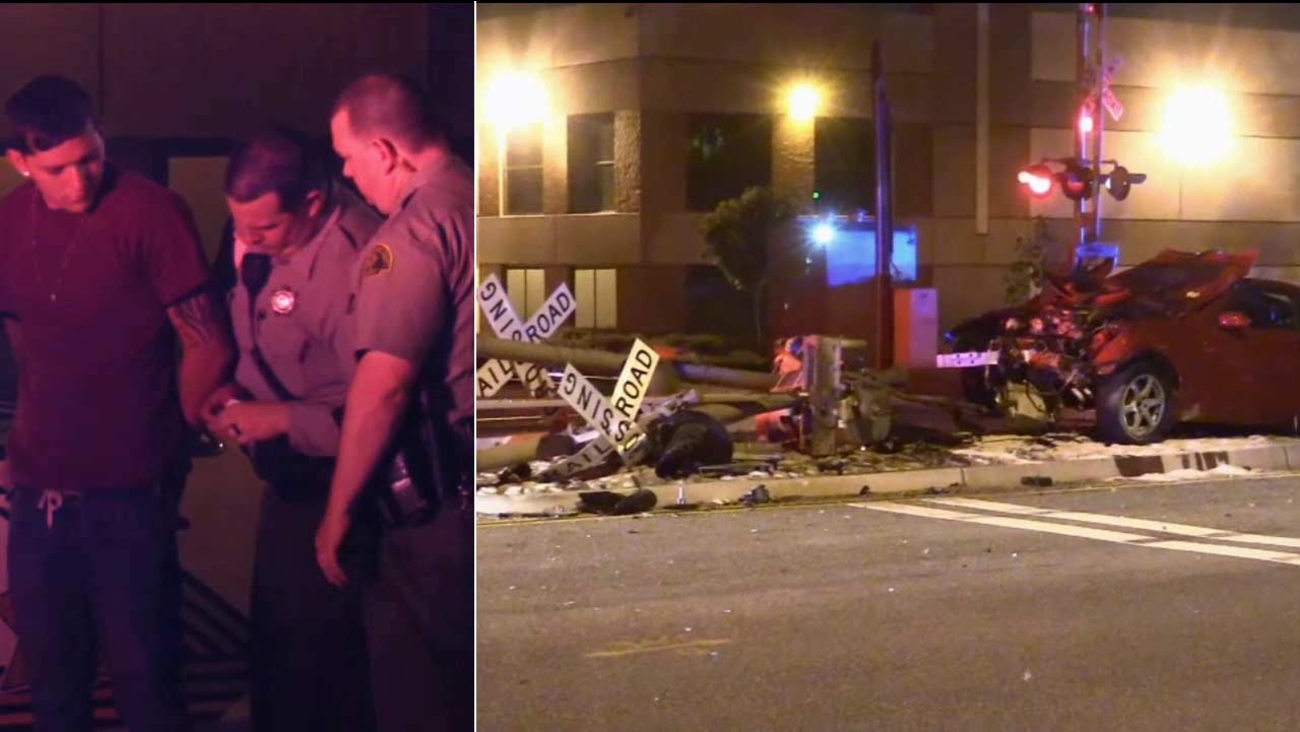 A motorist was arrested on suspicion of DUI following a crash in Rancho Cucamonga on Friday, Sept. 4, 2015. (LOUDLABS)

RANCHO CUCAMONGA, Calif. (KABC) -- A driver was arrested after he crashed into a car, tried to flee and then slammed into a railroad crossing gate in Rancho Cucamonga.

Deputies said the male driver struck another car at Haven Avenue and Arrow Route around 10 p.m. Friday. One female adult in that car was transported. Her condition was not known.

The man then tried to flee the scene, heading eastbound on Arrow Route. However, he didn't get too far. He crashed into railroad gate arms on Milliken Avenue and Arrow Route.