Arrest made in connection to La Habra brush fire 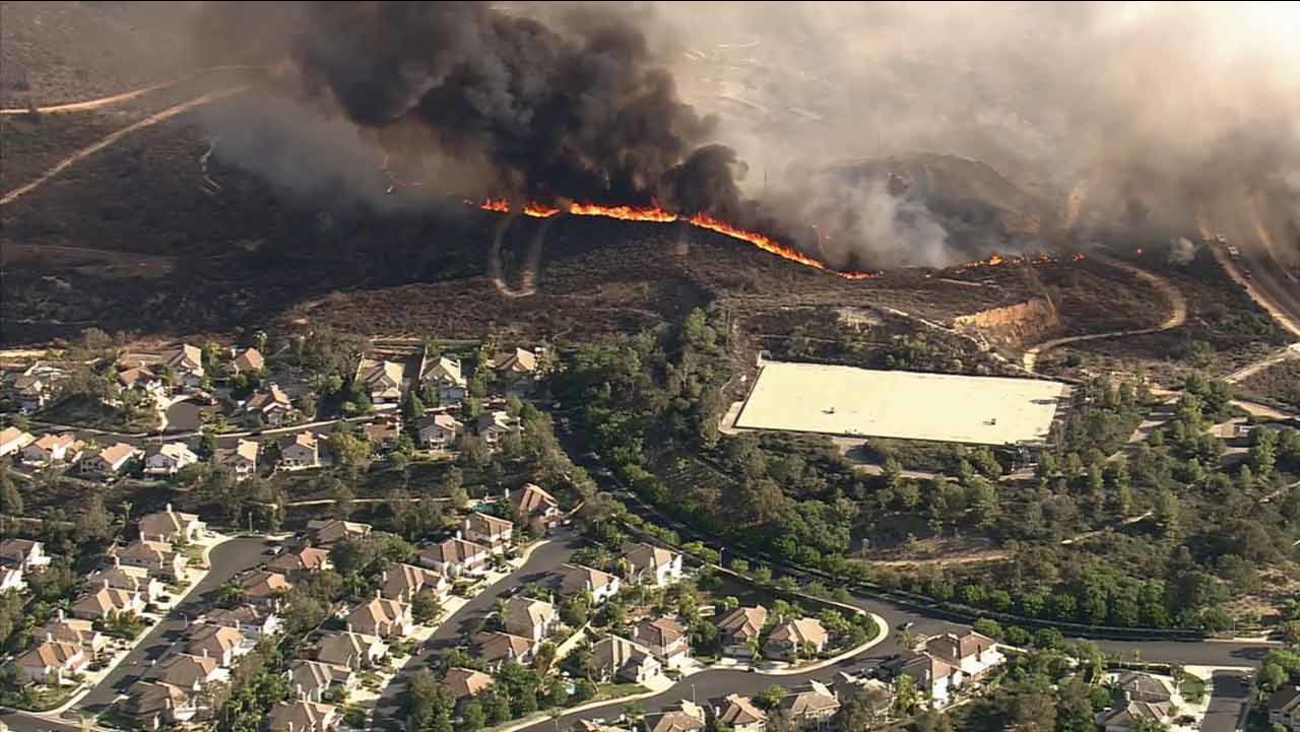 Flames burn through brush on a La Habra hillside near the Fullerton border on Tuesday, Sept. 8, 2015. (KABC)

LA HABRA, Calif. (KABC) -- A 56-year-old Fullerton man was arrested in connection to a brush fire in La Habra that forced evacuations earlier this week.

Though the official cause of the blaze remains under investigation, fire officials believe it started at a transient encampment in the Coyote Hills area near Gilbert Street and Castlewood Drive.

Police arrested Paul Munoz after investigators questioned him on Wednesday. He was charged with negligent causing of a fire with injuries.

A gated community on the Los Angeles County border was threatened by the fire, and 40 homes were temporarily evacuated.

If you have further information about the fire, you're urged to contact the Fullerton Police Department at (714) 738-5336.
Related topics:
la habrafullertonorange countyevacuationbrush firefire
Copyright © 2021 KABC-TV. All Rights Reserved.
RELATED