LAPD officer struck by car while responding to robbery call 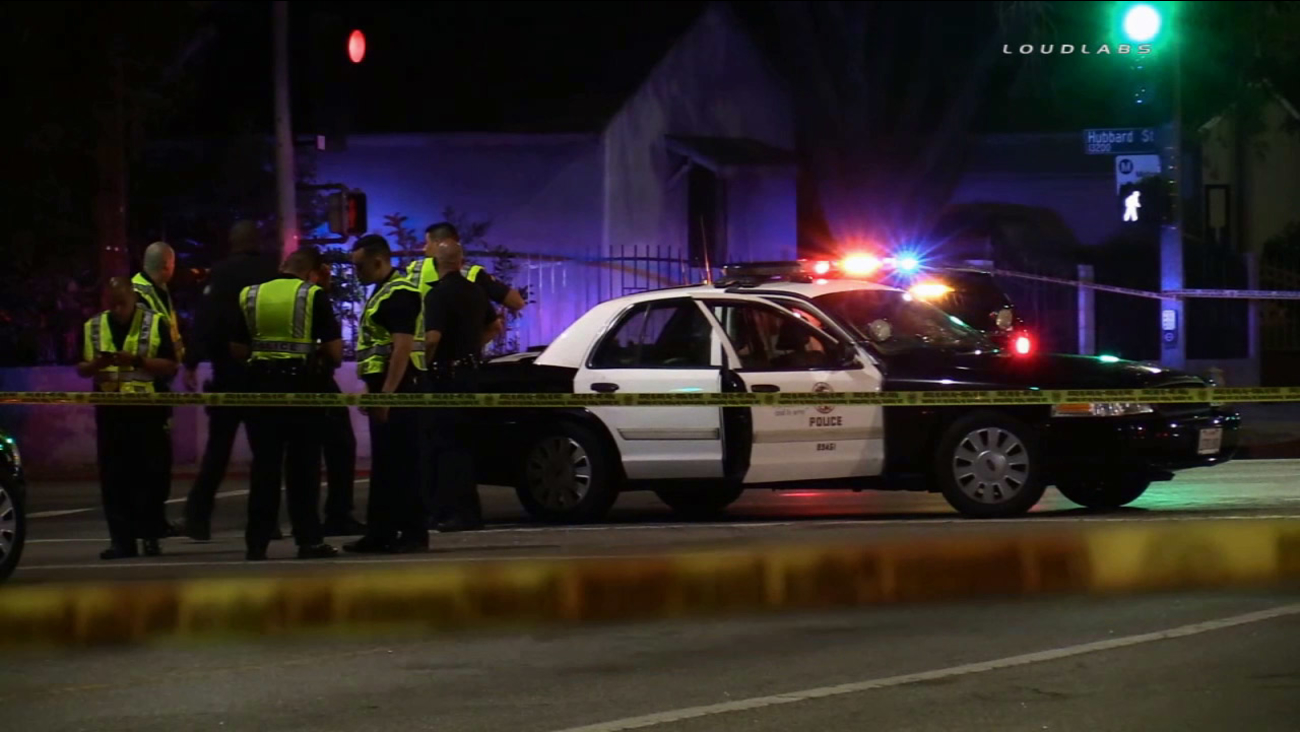 Police investigate the scene of a LAPD officer struck by a civilian vehicle while responding to a robbery call Tuesday, Sept. 15, 2015.

KABC
LOS ANGELES (KABC) -- A Los Angeles police sergeant was struck by a vehicle early Tuesday while helping sheriff's deputies set up a perimeter in Sylmar and was hospitalized, authorities said.

The officer was standing outside his patrol car and was hit around 3 a.m. close to the intersection of Eldridge Avenue and Hubbard Street in Sylmar.

He was transported to a local hospital with head injuries in serious but stable condition.

"The officer was assisting our deputies to set up a perimeter for a robbery suspect that went into the (El Cariso) park and (he) was struck by a civilian car," Lt. Rich Burgoyne of the sheriff's Parks Bureau said.

The driver remained at the scene and is cooperating with police.

There were no immediate reports on the fate of the robbery suspect.

The City News Service contributed to this report.