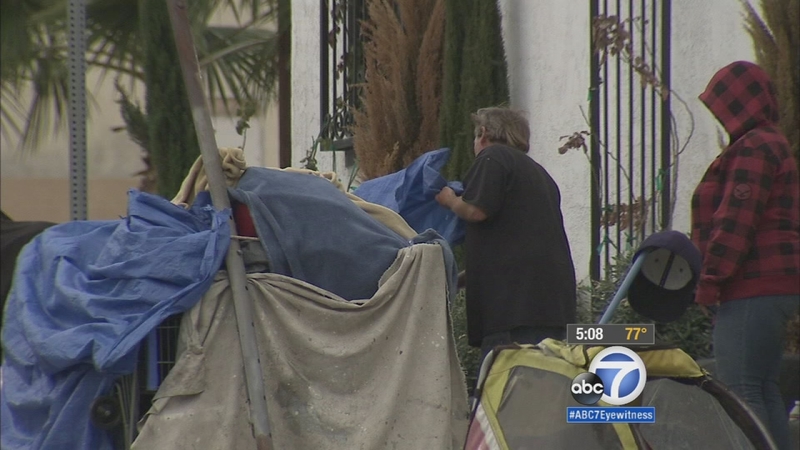 DOWNTOWN LOS ANGELES (KABC) -- A Los Angeles City Council committee declared a "state of emergency" on homelessness in the city and said they're ready to commit $100 million to combat the problem.

The plan, which was announced on Tuesday, is expected to complement Mayor Eric Garcetti's plan to combat homelessness.

If approved, the new $100 million initiative will be directed to the L.A. City Council's Housing Committee, which would decide how to spend it on projects, including long-term housing and expansion of shelter capacity.

City Council President Herb Wesson said the plan will also be sent to the Homeless and Poverty Committee for vetting. After that, they will work closely with the budget and finance chair to come up with a way to fund for the effort to take people off the street.

"What you really need is a place to store your stuff. A place to go to that's safe at night and sometimes it's not just a shelter," said Jeff Brown, homeless. "It needs to be a place where you have some privacy where you can organize your stuff."

According to the L.A. City Council's Budget Committee, the city spends $100 million on homeless needs and $85 million annually on police services for the homeless. They said a part of the $100 million pledged for permanent solutions could come out of those funds.