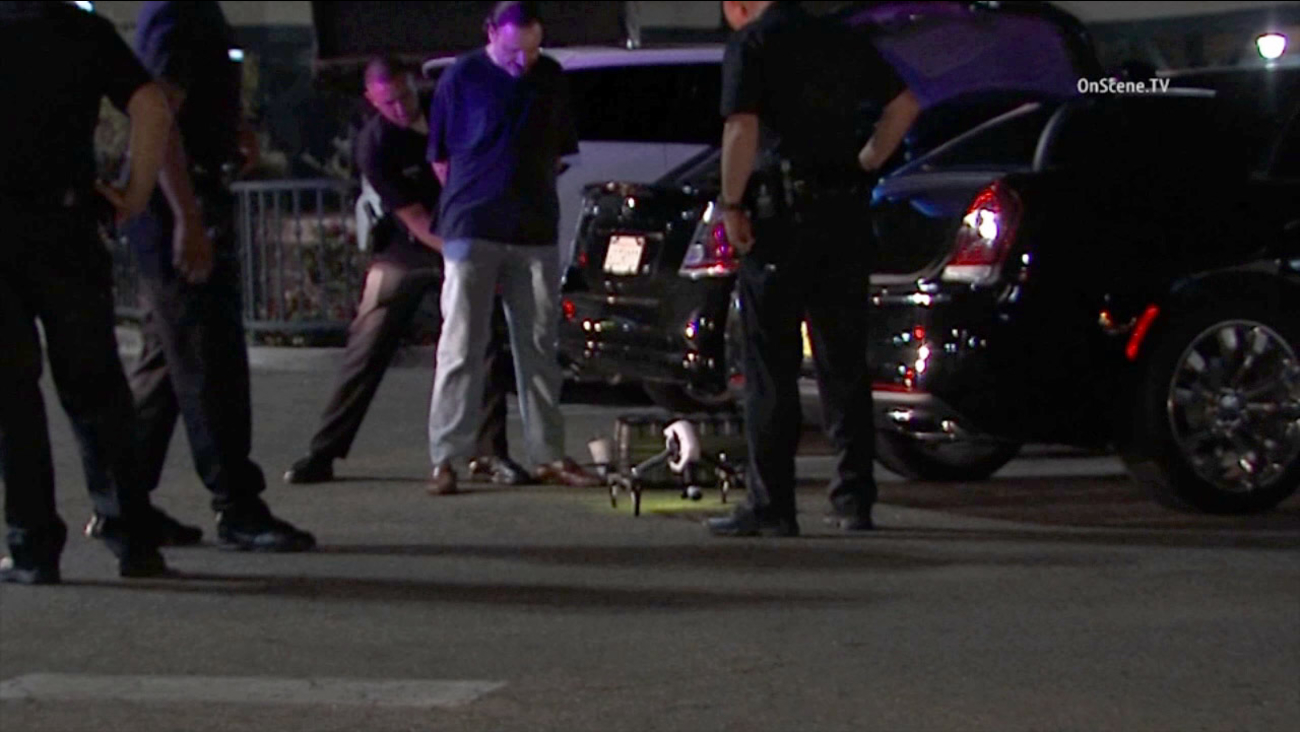 A drone operator was taken into custody in Hollywood on Thursday, Aug. 27, 2015. Police say the aircraft came very close to an LAPD helicopter during a separate suspect search.

LOS ANGELES (KABC) -- Criminal charges have been filed against a 57-year-old man for a close encounter between a drone and an LAPD helicopter last month.

Martin Sheldon was charged with two counts of obstructing a peace officer in the lawful performance of his duties.

On Aug. 27, police in a helicopter were conducting a suspect search near Sunset Boulevard and Western Avenue when a drone was seen flying into the helicopter's orbit.

Authorities say the drone swooped in within 50 feet of the helicopter, forcing officers to take evasive action.

"Using a drone to interfere with a police investigation places our officers and the public at serious risk," said City Attorney Mike Feuer in a news release.