The accident occurred on the turnpike near Cranbury Township around 1 a.m. as Morgan returned home from a standup comedy show in Delaware.

Morgan, 45, was riding in a Mercedes Sprinter bus with six other people when, police believe, it was rear-ended by a tractor-trailer.

Kevin Roper, the driver of the tractor-trailer, apparently failed to notice slow traffic ahead and swerved at the last minute in a vain attempt to avoid a crash. But it smashed into the back of the limo, prompting a chain-reaction crash that also involved a second tractor-trailer, an SUV and two cars, Sgt. First Class Greg Williams said.

Roper was charged with one count of death by auto and four counts of assault by auto.

Morgan's limousine bus lost control, rotated clockwise, and overturned on its left side. While it rotated out of control, it hit a Buick and another tractor-trailer. The Buick then hit a Ford F150.

The former "Saturday Night Live" and "30 Rock" star and his assistant Jeff Millea, 37, of Shelton, Connecticut, were flown to Robert Wood Johnson University Hospital Center in New Brunswick, N.J., where both remain in critical condition.

James McNair, 62, of Peekskill, New York, a passenger in the limo bus, died at the scene. McNair was Morgan's comedy writer and longtime friend.

Two occupants in the limo bus were uninjured, including the driver.

"His family is now with him and he is receiving excellent care," read a statement from his rep, Lewis Kay. "We don't anticipate much of a change in his condition today." 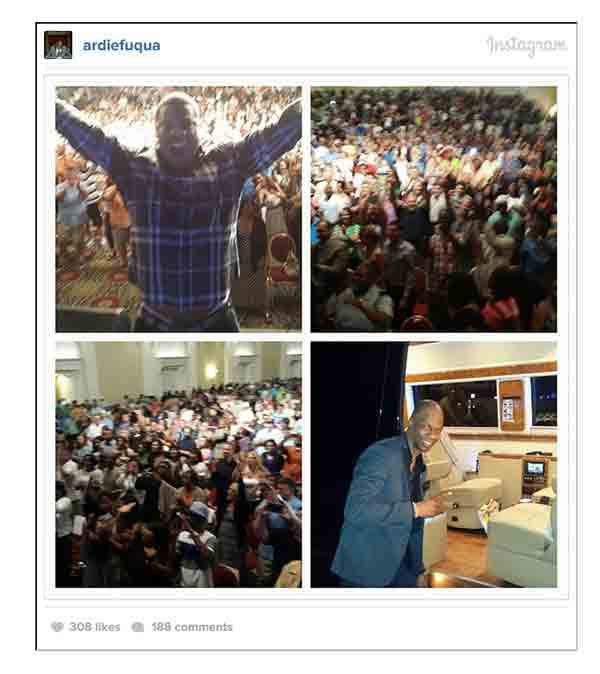 "This is what it looks like from the stage to see a standing ovation from 1500 people. Then we traveled back to NYC in style in a luxury Mercedes Sprinter. Road life is a good life! #tracymorgan," Fuqua, who opened for Morgan, posted to Instagram shortly after midnight. The post included a collage of photos from the Delaware show.

Morgan was scheduled to perform at the Fillmore Charlotte in North Carolina Saturday night as part of his "Turn it Funny" tour but the appearance has since been canceled, according to Ticketmaster.

Morgan has four children, including a daughter to whom his fiancee Megan Wollover gave birth last July.

The National Transportation Safety Board said it was dispatching a team to investigate the accident alongside state police. The NTSB is going to focus on the "broad issues concerning commercial traffic safety," NTSB spokesman Keith Holloway said.

Roper was expected to surrender in connection to the multi-vehicle crash. His bail was set at $50,000.