LA businesses close for 'A Day Without Immigrants' protest 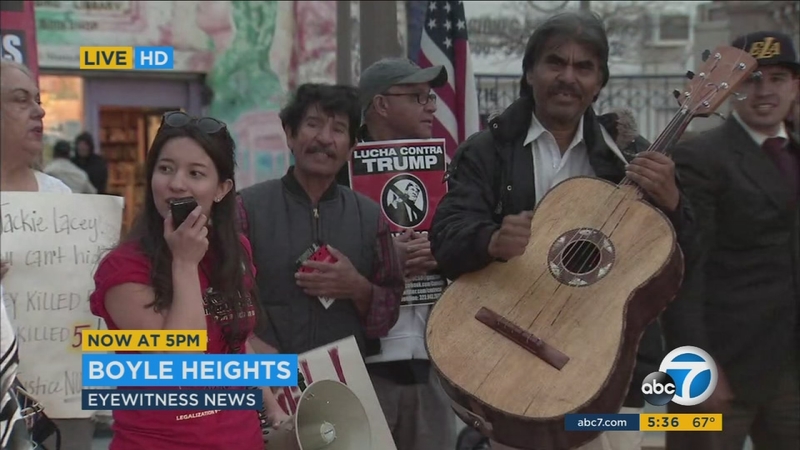 LA businesses close for 'A Day Without Immigrants' protest

LOS ANGELES (KABC) -- Businesses across Los Angeles - and in cities nationwide - closed on Thursday in support of the "A Day Without Immigrants" protest.

Immigrants skipped out of shopping and stayed home from work and school as a response to President Donald Trump's immigration agenda. Trump is pushing for increased deportations, a wall on the Mexico border and a travel ban on citizens from seven Muslim-majority countries.

In Ventura County, at least 50 students from Ventura College held a demonstration on campus in honor of immigrants.

Similar boycotts were held in Chicago, Washington D.C. Philadelphia and other cities.

Juan Sanjuan, the owner of Gloria's Restaurant & Bar in Huntington Park, was among those who closed for the day.