On The Red Carpet showcases the best of ABC, National Geographic

In celebration of awards season, On The Red Carpet is giving you an inside look at some of the hottest shows on ABC.
OTRC 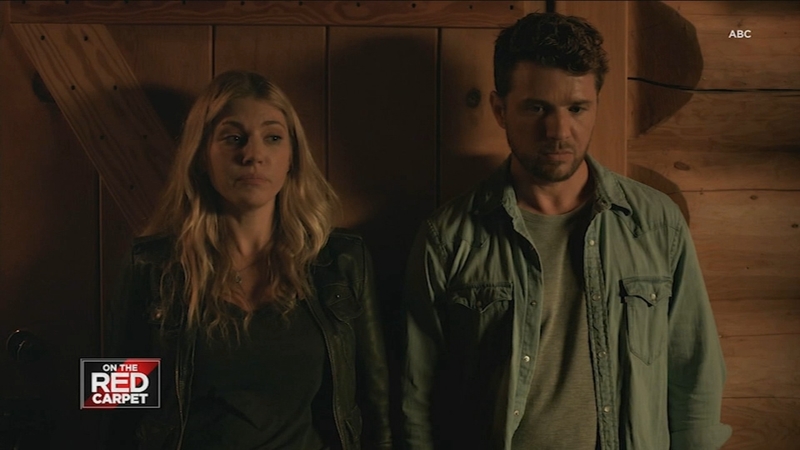 On The Red Carpet showcases best of ABC, National Geographic

From dramas to comedies, On The Red Carpet is exploring the best shows on ABC. Plus, get an inside look at National Geographic's powerful documentaries and series.

"Big Sky" premiered in November 2020 and has become one of ABC's most popular shows. Stars Katheryn Winnick, Ryan Phillippe, Jade Pettyjohn, Natalie Alyn Lind and Kylie Bunbury share how the crime thriller is leaving audiences on the edge of their seats week after week.

Meanwhile, fan favorites "Grey's Anatomy" and "Station 19" have been paying tribute to the frontline heroes who have been carrying us through the pandemic. Both dramas will return with new episodes on Mar. 11.

For four seasons now, Freddie Highmore has been scrubbing in as Dr. Shaun Murphy, a doctor on the autism spectrum who fans have come to love. Whether "The Good Doctor" is tackling COVID or personal relationships, the show is grounded in the common theme of embracing our differences.

"General Hospital" has been bringing drama and romance to television since 1963. Actress Laura Wright lets On The Red Carpet in on some of the secrets behind the daytime soap's massive success.

"For Life," the legal drama inspired by the life of Isaac Wright Jr., is back with new episodes for its second season. The show, starring Nicholas Pinnock and executive produced by Curtis "50 Cent" Jackson, is now tackling the COVID-19 pandemic and the Black Lives Matter movement.

The stars of "Black-ish" share how the comedy has been making audiences laugh, while navigating modern-day issues. Plus, the cast of the spinoff series "Mixed-ish" discuss season two.

Since premiering in 2018, "The Conners" has never shied away from current events and a global pandemic is no exception. Audiences and critics alike have praised the "Roseanne" spinoff, with actress Lecy Goranson scoring her first Critics' Choice Award nomination for Best Comedy Supporting Actress.

Kyra Sedgwick also joins On The Red Carpet to talk about the empty-nester life, both on screen in ABC's newest comedy "Call Your Mother" and in real life. Plus, Holly Robinson Peete and Diedrich Bader discuss "American Housewife," another show on ABC's Wednesday lineup making audiences laugh.