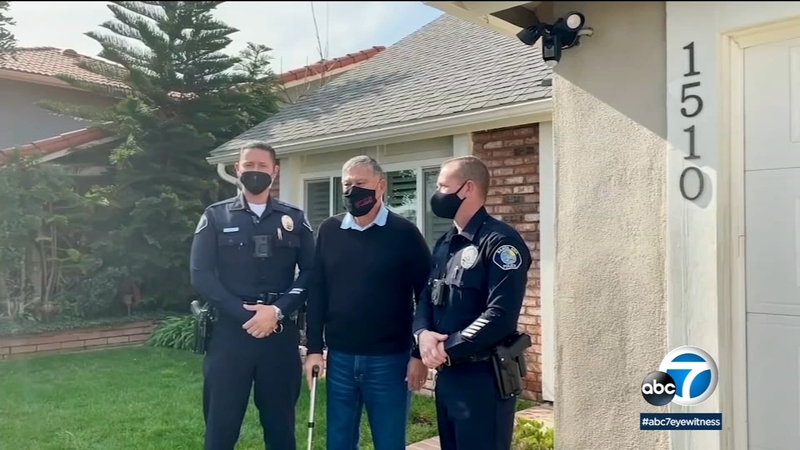 SANTA ANA (KABC) -- A disabled Vietnam veteran is able to get around a little easier - thanks to a bond he's developed with a Santa Ana Police officer.

United States Marine Veteran Daniel Nunez remembers the pride he felt -- and still feels -- looking back at an old photo of himself wearing his dress blues. The now 78-year old became disabled following his service.

Knowing what it means to serve, he has immense respect for his local Santa Ana police officers, including Officers Jose Rosales Otto Laufer, a friend, who's become like a brother to him over the years.

Earlier this month, Nunez says Officers Laufer & Rosales went out of their way to provide a brand new walking cane to help him get around.

"He did have a cane but not a very stable one and looked pretty beat up," said Laufer.

"You could tell he was pleased, just in his eyes, that he was excited," said Rosales.

"It's giving me reassurance that I can depend on them," said Nunez.

It was a small gesture in support of his service to our country; but also, just part of the job... beyond the badge.

"Each of us have our own special relationships, I think, we foster over time and care for," said Laufer.