ABC7 is saluting WWII veteran Don Fosburg, who was on the USS Missouri 75 years ago when the Japanese formally surrendered to end the war.
KABC
By John Gregory 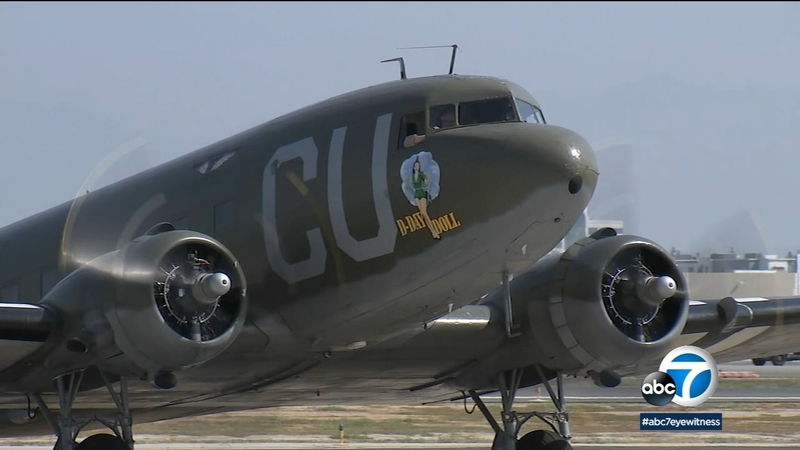 LONG BEACH, Calif. (KABC) -- He's a 94-year-old veteran with a lifetime of stories to tell - including being part of the day World War II officially ended.

It was 75 years ago, and the Japanese surrendered on the deck of the USS Missouri.

"We all thought we would just go home. I didn't realize it was going to become such an important day, and of course memories come back," said Fosburg.

One of those memories was his very first day on the "Mighty Mo" in the middle of a Japanese attack.

"The first day I was on deck a kamikaze came in and hit a carrier," remembered Fosburg. "Boy that's a lot of shooting!"

Fosburg is among a group of veterans who were honored recently in conjunction with the Japanese surrender anniversary. And part of that honor includes a ride in a vintage aircraft.

Fosburg says one thing he will never forget is the flyover.