39 tourists who were trapped on Iceland glacier rescued 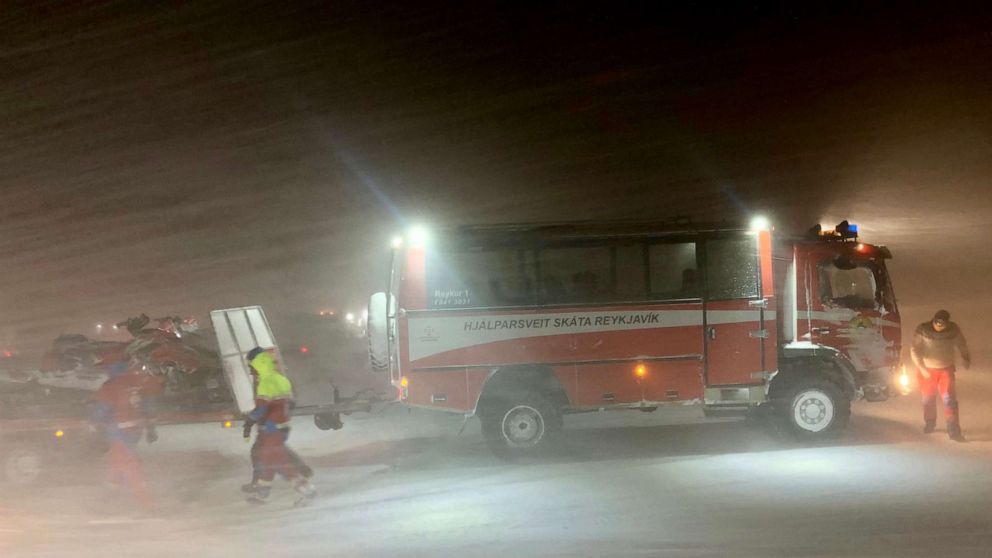 ABCNews
By ELLA TORRES
Thirty-nine tourists had to be rescued after they were trapped on an Iceland glacier amid a blizzard, according to a tour company.

Among those rescued were three Americans at the Langjkull glacier, officials confirmed to ABC News on Friday.

Mountaineers of Iceland, based in Reykjavík, said the group that got stuck was the only tour that hadn't been canceled because of bad weather on Tuesday, according to a statement from the company.

Several of those rescued suffered from frostbite and feared for their lives, but there were no serious injuries reported, according to The Reykjavík Grapevine.

The employees "deeply regret the incident and offer their sincerest apologies," according to the Mountaineers of Iceland statement.

The tour continued despite the bad weather because employees believed they would make it back from the tour's snowmobile trip and excursion to an ice cave well before conditions hit the area of Skálpanes at 3 p.m. local time, according to the company.

However, a series of delays, including a late start and longer ice cave tour, impeded the group's ability to stay on schedule.

"We clearly made a mistake by going into the ice cave," Haukur Herbertsson, the manager of operations for Mountaineers of Iceland, told reporters at a press conference. "We probably made more mistakes than that. At this point I don't know what all of them are."