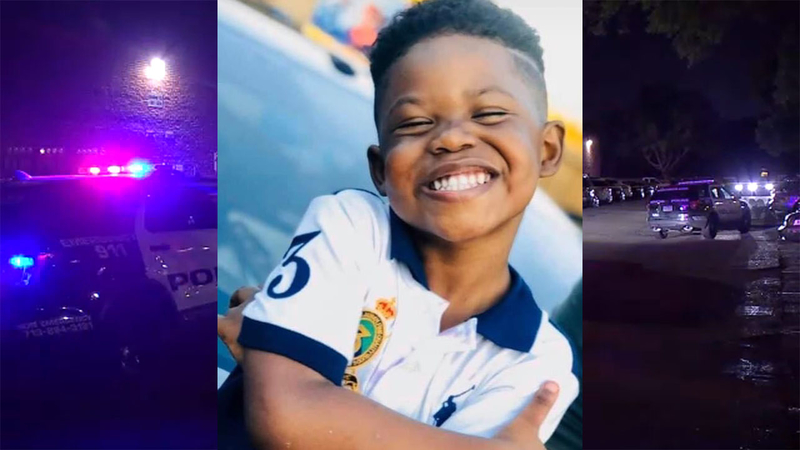 HOUSTON -- A 5-year-old has died a week after he was hit by a stray bullet while playing on his family's balcony, according to his family and the medical examiner.

Jordan Allen Jr. was not the intended target, according to police.

It happened around 9 p.m. Tuesday in the 8500 block of Richmond Avenue near Dunvale in southwest Houston.

The family was sitting on the porch on the second floor balcony. The boy's dad told ABC7's sister station KTRK-TV that he was recording TikTok videos with his little boy when the shooting occurred.

Midwest Patrol & Homicide Investigators are en route to a shooting scene in the area near 8500 Richmond. 5 year old juvenile was shot and is in critical condition. Investigation ongoing. #hounews
CCU12

Police said the family was enjoying their night when they heard five to six gunshots in the parking lot. Jordan was hit by a stray bullet and the shooter sped off.

After the shooting, Jordan's dad took him and flagged down an ambulance.